Vaccine passports may hold the key to tourism's safe return 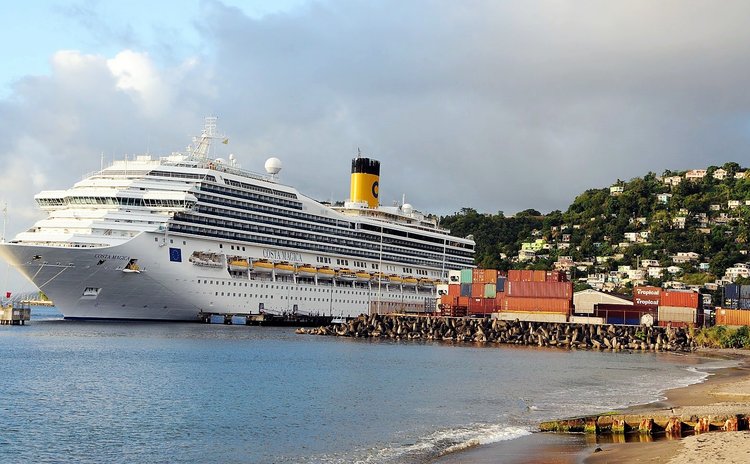 Fond Cole houses in the background, cruise ship at the Woodbridge bay
By David Jessop

From Russia to Singapore, nations around the world are considering providing citizens who have been vaccinated against COVID-19 with digital immunity certificates for domestic and international use. Their principal objective is to stimulate national economic recovery and a gradual return to normality.

Such 'vaccine passports' may, however, come to play an important role in the restoration of international tourism as more people in wealthier nations are immunised against COVID-19.

Significantly, Israel, having vaccinated 30 per cent of its citizens and over 80 per cent of those in older age groups, is now negotiating bilateral protocols to establish vaccine passport corridors for those wanting to holiday in Greece and Cyprus.

Elsewhere, the African Union Commission is developing with the continent's health authorities a 'My COVID Pass' for travellers, allowing for the mutual recognition of COVID-19 test results and vaccines; the European Council, at the request of some member states, is considering 'passports' as a way to support EU economic recovery; and in Britain a high-level Cabinet-led task force is to report soon on the issues involved. At the same time, the aviation industry through IATA has begun trialling a multifunctional 'Travel Pass' for airline use that may be rolled out soon.

Despite this, the development and use of immunity certificates is complex and contentious, raising practical and ethical issues.

Technically, the development of a COVID-19 vaccine passport involves placing a validated secure machine readable QR code on a mobile phone. However, the real-world challenges involved in achieving this are considerable.

A recent academic study published by the Royal Society in London describes in detail the issues that every state would need to address before any COVID-19 passport system is introduced for international use.

Vaccine passports for travel would have to reveal in a receiving country if the holder is protected from illness and unable to transmit the virus; show vaccine efficacy; be subject to international acceptance; and detail whether the vaccine given is effective against new or emerging variants. It would also have to be easily portable, interoperable, affordable, and have a clearly defined use. Any such passport would also have to be secure, legal, ethical, and non-discriminatory.

Professor Melinda Mills, the Director of the Leverhulme Centre for Demographic Science, one of the study's authors, says that that a clear understanding of the use to which any such passport is put is essential. Is it, she asks, a passport to allow international travel, or should it be initially used to allow a holder greater freedom at home?

She is concerned that vaccine passports require a level of agreement on the science of immunity and could "inadvertently discriminate or exacerbate existing inequalities". Professor Mills also raises significant legal and ethical questions, for example relating to the denial of travel to those who are vaccine-less or lack a mobile phone.

What the Royal Society report makes abundantly clear is that if any vaccine passport is to be universally viable it requires international standardisation and to follow the lead of the World Health Organisation (WHO).

The WHO, however, continues to caution against 'immunity certificates'. Despite this, it has begun to explore the issue, recently convening a group of experts to define specifications and standards for a digital vaccination certificate that could facilitate vaccine monitoring and 'support cross-border uses'.

Although the group has yet to report, it is already apparent that any WHO related smart vaccination certificate will have to meet multiple criteria and will as its says need to be 'coordinated, time-limited, risk-based, and evidence-based' when it comes to international travel.

If as many epidemiologists believe, mutants of the virus could be with us for years to come, vaccine passports coupled with the now urgently needed region-wide roll out of vaccines and then later, booster programmes, will become essential.

What happened in much of the region over Christmas and the New Year makes the point that without both, Caribbean tourism and the wider regional economy are unlikely to recover sustainably.

After the positive early region wide suppression of the virus in 2020, the holiday period saw many countries in the region experience a surge in infections from both imported cases of the virus and local indiscipline. This occurred even though visitor arrivals numbers remained very low and the thousands of cruise passengers who normally visit for hours were absent.

The consequence was that governments in both the region and its source markets have since adopted travel restrictions that are antipathetic to the rapid return of the 31.5 m stay over visitors and 30.2m cruise landings the Caribbean saw in 2019.

Without widespread immunisation and vaccine passports it is therefore hard to see how the industry's viability and tourism's broader economic role can start to be restored, let alone the high intensity contact necessary to welcome every visitor so they can safely interact with sellers of services and the wider community.

Hopefully, as WHO's list of certified vaccines increases, and if Cuba's Soberana 02 vaccine proves efficacious and becomes available through the WHO's COVAX facility, it will be possible before the year's end to have vaccinated significant numbers of at-risk Caribbean citizens, key workers, and others deemed essential to economic recovery.

In the meantime, Governments, the industry, and the Caribbean Public Health Agency (CARPHA) should be considering jointly responding to the various logistical, commercial and ethical issues raised by travel vaccination certification: not least because pent up demand among vaccinated consumers in the region's principal source markets may soon surge, driving the rapid introduction of travel passports and global competition for visitors.

To fully restart tourism and end the stop-start approach now being seen across the region will require not just a review of the confusing melange of entry requirements that now exist and their variable enforcement, but new thinking about how in future countries intend testing, tracing, and responding to the high volumes of visitors the region has previously seen.

The region's meagre resources and over dependence on tourism suggest that this will mean the development of safe travel bilateral corridors from North America and Europe utilising digital vaccine certification.