Video games: not always a game 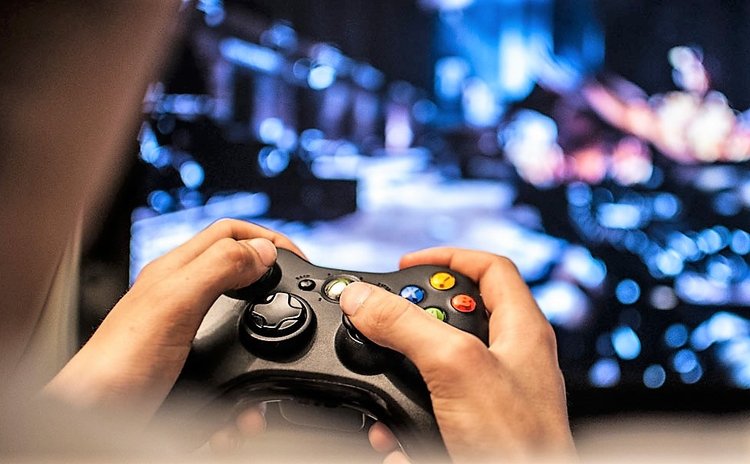 Undoubtedly, we have been appalled at the spate of killings, shooting and general violence that has gripped our island home Dominica. We have heard about escalating crime, for decades now, in Jamaica, Trinidad, Barbados and as close as St Lucia, but over the last decade senseless, brutal crime has hit our shores.

Children live what they learn and the Bible instructs that if we train the child in the way of the Lord when he gets older he would not depart; he may retreat but will not forever depart. At one time youth innocently played cowboys and Indians with capsule and water guns for Christmas. The starlight's, corked guns and bandits did not necessarily make children bandits, but was used just to frighten their peers and any others who felt intimidated or scared by the explosions. There was also the bursting of bamboo cannons, all part of the Christmas traditions.

I was one of the few among my friends thankfully who found Christmas in a book and the model cars with their tracks found at the Baron store. On reflection, it would be fair to say that though I was very much involved in sports and music, I was also a book worm and read any and everything; my home was the C-Bees book store.

In a very subtle way a lot of the crimes which presently manifest themselves have a lot to do with the toys and gifts we give out to children. Christmas will be here in few weeks and we better watch what we buy as they can have a lasting impact on the lives of the impressionable young.

My first gift from my Great Grandmother who resided in Miami was a big guitar and my fascination for music grew and I lived that experience through a gift I treasured.

What has cause me to write such an article you might just be wondering; well, I write about art and entertainment and I am concerned what we define as entertainment can actually and in a very subtle way mold our children into criminals. I received a rather rude awakening as a teacher two weeks ago while correcting first formers work on the topic

"Describe your favorite video game." Half of one class wrote on this topic and it was not about football. It was games of violence; "Grand Auto Theft"; " Phantom Forces;" "Battle Royale; " Counter Strike;" "Global Offensive" all utilizing guns, promoting terrorist attacks, bombing and violence.

These video games are HD quality and have a pretty realistic feel. The manufacturers capture the imaginations of young boys in their upgrades from 1 to 5 and beyond.

There were not much attempts at "boring" topics such as "Describe your favorite place" or write a story on "the day the bad guy got caught." No! Got caught? They are the bad guys bombing, killing and shooting and it won't be fun if they get caught without guns blazing. Many English teachers will tell you that they are at pains trying to get boys to write compositions, narratives without something violent like drugs, gangs or police and criminals. They have difficulty at creating a conflict without some sort of physical combat hence internal conflicts are far and in between.

The above, too often, is a reflection of the home and obviously accentuated by our environment. In the end we are developing slowly but surely criminal intent. The mind is powerful; it is at such a tender age that suicide bombers are recruited by ISIS. They are taught to pick up arms as the only alternative to solve the problems in life. A decade from now our schools will have to have armed security and scanners for those who visit. A place of learning will become a battle zone. US President Donald Trump is already advocating armed personnel in the Church. We fail to realize that by what we deem to be entertainment, gifts and toys are really negatively impacting our children who are already overly exposed to sex and violence on the TV screens and even molested at their own homes.

"The popularity of video games, especially violent video games, has reached phenomenal proportions. The theoretical line of reasoning that hypothesizes a causal relationship between violent video-game play and aggression draws on the very large literature on media violence effects. Additionally, there are theoretical reasons to believe that video games effects should be stronger than movie or television violence effects. This paper outlines what is known about the relationship between violent video-game playing and aggression"

Extracted from "Video Game Violence: A Review of the Empirical Literature by Karen E. Dill and Jody C. Dill.

There are thousands of other empirical literature to support the above, so can we as parents make a conscious decision this year and buy or accept gifts on behalf of their children that will only seek to uplift the psyche of our children.