We Need to Toll the Bell for Singing Sandra 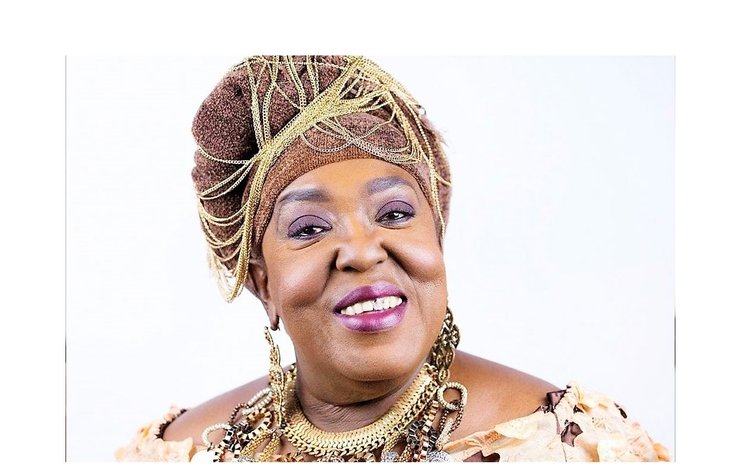 One of the greatest performers seen on a stage or rather the greatest woman who ever performed on a Caribbean stage, Singing Sandra, died on 28 January 2021. Some of her greatest and most memorable hits were "Die with My Dignity"; "Voices from the Ghetto"; 'True Colours''; "War"; "For Whom the Bell Tolls" and "Woman Worst Enemy", just to name a few.

There has been no one, perhaps only the Sparrow himself, who had such command, evoked such conviction with voice and body on stage than Sandra DesVignes. If you think "Voices of the Ghetto" or "Die with My Dignity", all songs she previously performed in Dominica well according to many pundits from Trinidad and Tobago we have not seen anything yet as her mastery with "Woman, worst enemy" has been touted as perhaps her greatest performance ever!

One of the reasons why Sandra performed with such conviction is she believed and lived what she preached. Her life on stage was no different from that off stage-a no-nonsense woman. In fact, the first time I saw her perform in Dominica she sang "Die with My Dignity" exhibiting such disdain for the exploitation of women by men that said quietly to myself that "he hated men". Moreover, she was a big imposing woman with a stoic expression that could even intimidate her competitors.

Her serious demeanor broke with a smile sometimes during the performance and I breathed a sigh of relief: "She is not that bad after all!"

She again performed as the United Sisters: Marvelous Marva, Tigress, Lady B and of course Sandra herself. They were a major force in Calypso touring the region and the world with spicy lyrics which provoked thought and brought women issues to the fore. Since Calypso Rose, TNT national hero, the forerunner of the art, there has been a long list of women such as Singing Francine, Denyse Plummer, Fay Ann Lyons, all who competed at the highest level in Trinidad but none rose to the status and has had the introspective influence that Sandra had. She is the only woman to have won the crown in that country twice. If Sparrow is touted Calypso King of the World, Sandra is the undisputed Queen.

Sandra was the consummate artiste who would never sing a Destra type composition where exposure of body or sexual gyration was involved then weeks later perform "Die with My Dignity". No, she was indeed dignified in not just her delivery but also her stage attire much like our own Lady of Song, Ophelia.

It's well over a month and the bell in TNT tolled for her though much more silently than Lord Kitchener or even Shadow; two male counterparts in the same art. Even her death proves the sexist world we live in, when she did not receive similar accolades. Maybe it's because this world is uncaring and so this champion of women issues, her lyrics did not resonate enough with the very people she represented in the region and so there was no special feature on her life, no radio programme dedicated to the poignant messages she conveyed through her riveting performances or lyrics most applicable for classrooms and universities. In Dominica, no one from the Ministry of Gender or Women Affairs on whose behalf she represented on stage better than any politician could. Indeed, as she surmised "Woman is Woman Worst Enemy".

"War"; "Die with My Dignity"; "Voices from the Ghetto" will go down as regional classics. When Pink Panther tried to respond in song with 'They laughing in the ghetto,' he was heckled and jeered at, as Trinidadians saw it as an attempt to ridicule and trivialize their plight and mute the voice for the voiceless as Sandra had always represented through her compositions.

Since most Caribbean people would be familiar with her two biggest hits, almost word for word, I leave readers some statistics that I am sure they would appreciate.

I am also sure that all Dominican women calypsonians: Yakima, Lady Edna, Lady Christine, Swinging Janice, Jahlee, all veterans who at one time or the other must have been influenced by the great lady, including the modern day performers -Tasha, Abiyah, Nashelle, Shalina, Janae, and other senior female entertainers; Michele, Carlene XP and Ophelia, the latter being only female artiste who volunteered her thoughts on her passing at the time of writing this article would want to join me in saying "May her soul rest eternally".