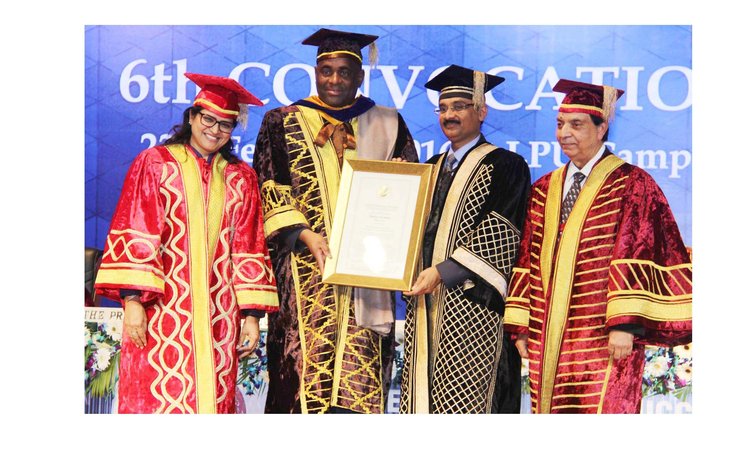 Prime Minister Skerrit, 2nd from left gets an honorary degree

I note that Mr. Skerrit uses the title Dr. on his invitation. He is ill advised doing so less he wants to be seen as a parvenu, be accused of ostentation and attract ridicule. His title is an honorary one and it is not customary for recipients of an honorary doctorate to adopt the prefix Dr. in this manner. It is considered bad form and poor etiquette.

It is for this reason that some top universities such as M.I.T., Cornwell and Stanford in the U.S.A. for example do not award such honorary degrees as a matter of policy.

Robert Mugabe of Zimbabwe had his honorary doctorate from the University of Edinburgh revoked in 2007.

This is what the UNESCO International Standard Classification of Education (ISCED - level 8) has to say:

"Honorary doctorates awarded by universities on the basis of other considerations and not any research work are not recognised for the purposes of educational attainments".

Hon. Peter St. Jean, Minister of education and human resources development, happens to be the chairperson of the Dominica National Commission for UNESCO and must be familiar with this pronouncement. He may be the best placed person to have a quiet word with Mr. Skerrit.