Woes of a Carnival Queen Contestant 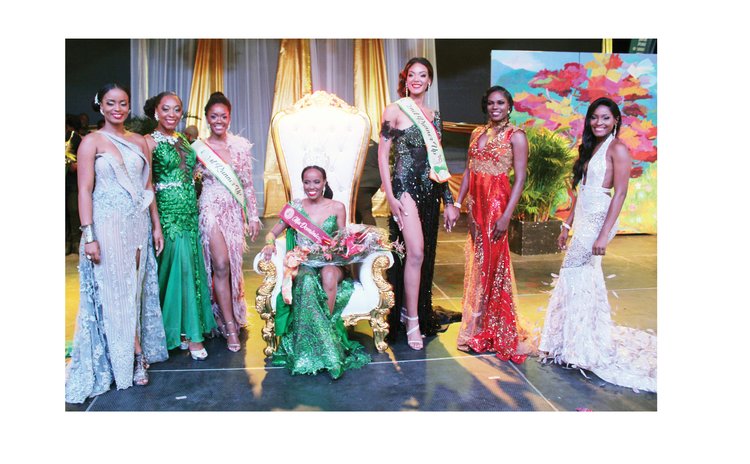 I had to prioritize this article when I read that the Tourism Director stated that paying our Carnival queens their deserved prizes is not considered priority after 8 months. Since my column does not allow me to highlight lack of priority meted out to students on scholarship or promised, documented government assistance, or the fact that the home of Jean Rhys was brutally leveled to the ground with its 130 year old mango tree, nor will my editor allow an entire commentary on the pending guillotine treacherously hanging over the old Roseau Boys school at New Town where many illustrious sons were educated, however I am at least unhinged, in elaborating on my opening statement as these article for more than two decades have sought to Spotlight matters related to culture; artistic reviews and or commentary.

A young woman is moved and motivated by appeals made by the Dominica Festivals Commission to partake in the National Queen Show and battles mentally- should she or not. She thinks of the harsh critical Dominican audience, her own limitations; is she intelligent enough, too fat, has enough grace, has the guts to face the thousands in the audience. Then again she is encouraged by friends, by family, ex-contestants who have gone on and done well, the prize, a possibility of alleviating the cost of study on her parents, the accolades of being called and documented for posterity as Miss Dominica 2020… it's too much to say no to, and so, though a bit apprehensive, she registers.

The tension begins, the world has changed; 70,000 people begin to critically eye you up, how you behave, how you dress, your general conduct, accompanied by the digging up of any dirt which can be found to taint your character.

Interviews upon interviews, you become a baby once more as you are taught how to walk, how to eat, how to greet, table manners, etiquette, all of which you try to have a fun experience with your other 'sisters' as the vultures' eyes prey for any negatives which may surface.

No one wants to sponsor you it seems. You are concerned two or three are already sponsored perhaps. What's wrong with you? You ask yourself even as you force a smile for the cameras. The appeals and literal begging goes on by the DFC for the private sector to come on board with something, anything because the show has to go on. It's a tradition, a rich one which not only promotes the country but holistically develops the young ladies, or so we are told.

The numerous practices, visits to the costume house, drilling by chaperones, styles by hair stylist, wardrobe designers, talent coordinators; it's grueling, painful in these 12 feet tall stilettos but you can't afford to satisfy the desires of many, by falling.

The night arrives. You are backstage; fans, well-wishers, enemies are all there waiting; you can't let them down, more so you can't let yourself down after all that training, diet, sleepless nights. You are desperately hoping you get an easy question that you have crammed the answer for, that your costume won't let you down or you don't mess up the talent or worse still stumble on the response to a question or your bikini does slip up and reveal too much by going into your buttocks and have to be skillfully flicked out as you have witnessed off stage so many times. The photographers and cell phones stand poised and ready for your entry. The world is looking.

Alas, the night is over, and you have done your best. You may not have won, perhaps you did...maybe a place is ok; the MC comes on and says 'and the 2020 Carnival Queen …'

Now you are an ambassador, having even established your platform win, lose or draw. It's over. The crowning of the Calypso monarch is your first official duty and then you parade the streets of Roseau waving your hand to revellers and visitors alike, the way you were taught, with a never-ending smile too.

Week number one passes, no prize money; week two passes, no prize money, but you wait because it's a norm for cultural payments to be the last ' kaka rat' in this country. Week three comes and goes, nothing. The Calypso king whom you had the honour of crowning has long been paid by the Calypso association, as well as all the other competitors and workers, including security and the band, and you have no idea when you will receive that money or prizes you were promised.

It's been eight months now and it has been reported that the head of tourism says it's not a priority, suggesting that COVID-19 is responsible. I would want to submit that because opening of the borders is an obvious priority, then no one in tourism including the director, should get paid and salaries diverted to opening up the borders. But that would be ridiculous. COVID was never an issue in the first few weeks after carnival so the reason given is lame.