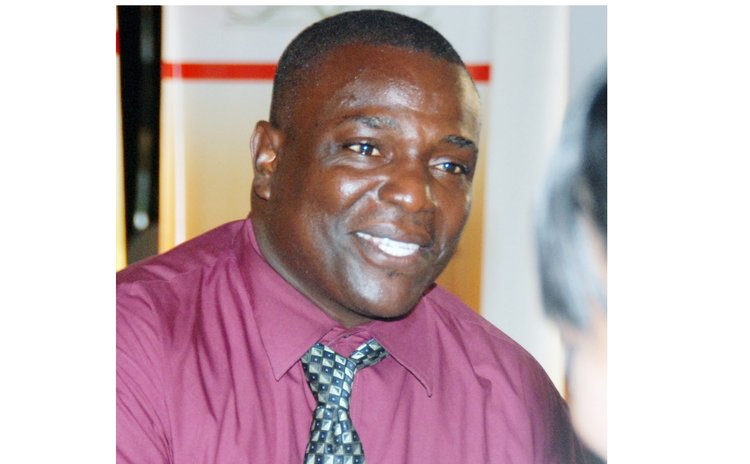 The inclement weather did not stop a mass of Dominica Labour Party (DLP) supporters from gathering in Castle Bruce to support Johnson Drigo on November 9, 2014. Castle Bruce was the DLP's first stop as part of its national campaign strategy.

While addressing his supporters, Drigo revealed a list of achievements over the past five years.

"Building retaining walls at San Sauveur and at Petite Soufriere and at Castle Bruce and Good Hope following disasters; construction of the bridge at Castle Bruce for my many elderly farmers who are farming in that area; dredging of the Castle Bruce river so that my students who were going to school will not be blocked when there is heavy rain; construction of the Cochrane road in Good Hope so that my people who are leaving upper Cochrane will not have difficulties going to their home," he said.
In education, Drigo said his party opened the new San Sauveur Primary School, sent a significant number of students to study abroad and organized for the manufacturing of school uniforms in the Castle Bruce constituency.

Finally, Drigo announced plans for the Constituency, if the DLP's wins another term in office.

"In our next term we will complete the Petite Soufriere-Rosalie link road the donation given to us by the government and people of Venezuela. We will level and expand and light the Castle Bruce playing field; we will move into constructing hard court development for the young people of Good Hope and Petite Soufriere; we will expand the agricultural sector with support for the bank; we will renovate the Castle Bruce reunion centre; expansion of the fishing industry in Castle Bruce and San Sauveur," said Drigo.

He added: "Opening of an internet café and youth training centre for the young people of Petite Soufriere, that programme is well on its way; building of a brand new health centre for the people of Petite Soufriere; we will develop the Castle Bruce bay front working with existing tourism organizations; completion of phase three of the Cochrane road in Good Hope. More scholarships for our students to study abroad especially for my students in San Sauveur and Good Hope, expansion and support for existing cooperatives."

Several of the candidates from the east coast stood in solidarity with Drigo, including Dr. Kenneth Darroux, Ivor Stephenson, Peter St Jean and Ashton Graneau who is replaced by Dr Cassius Darroux in the Salybia constituency and also Loreen Bannis Roberts, a former parliamentary representative for Castle Bruce.

The event ended with performances from international gospel artist Tasha Cobbs and other local gospel arti Drigo will be running against the United Workers Party candidate, Isaac Baptiste.