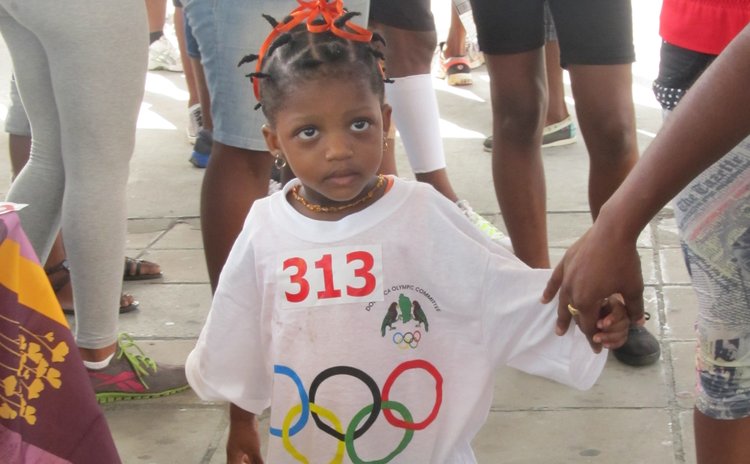 Imekhai and Tyrel (who had difficulty keeping his eyes opened at the end) joined with nearly 400 intrepid runners in participating in what is normally over five kilometres.

The first runners to reach the finish line on the Dame Eugenia Charles Boulevard, where the run began, were Jeran Laurent (m) and Shamia Lama. The Special Olympians were Crispin Daley (m) and Stephanie Laronde (f); and the oldest finishers although there were older runners were McNeil Jules (better known in boxing circles) and Editha Ferguson.

While Imekhai was the youngest girl to finish, a five-year old Kersanie Angol received the award for youngest male finisher before the tired Tyrel could open his eyes.

DOC president Felix Wilson told Tyrel's sister that he would his award in time. Pierre Charles Secondary School copped the award for having most runners among the schools.