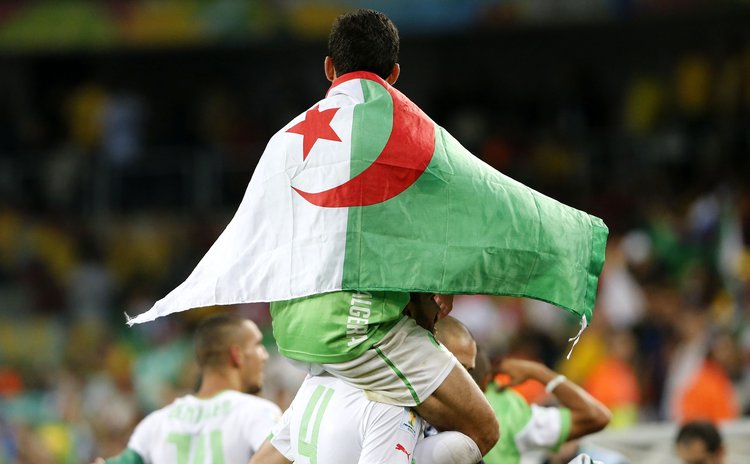 ALGIERS, June 26 (Xinhua/Sun) -- Ten of thousands fans took to the streets on Thursday night as the Desert Foxes made it to the round of 16 in the World Cup in Brazil following a 1-1 draw with Russia.

Algeria, with four points, qualified in second place after Belgium that had nine points.

The government-run TV aired pictures of the celebrations in the majority of the 48 provinces of this North African nation.

In the capital city of Algiers, fans flooded the streets of the main streets and squares. Horns of cars were blared and fireworks set off.

The celebrations had started earlier in the day when thousands of young people gathered in the square of "la Grande Poste" in downtown Algiers, where a giant screen was placed to air the game live from Brazil.

The joyful fans, either on foot, on motorbikes or cars, chanted the famous slogan of "One, Two, Three, Viva l'Algerie" while wearing all kinds of pennants, flags and hats bearing the symbolic three colors of the national flag.

The Greens' next match will be against Germany on Monday.