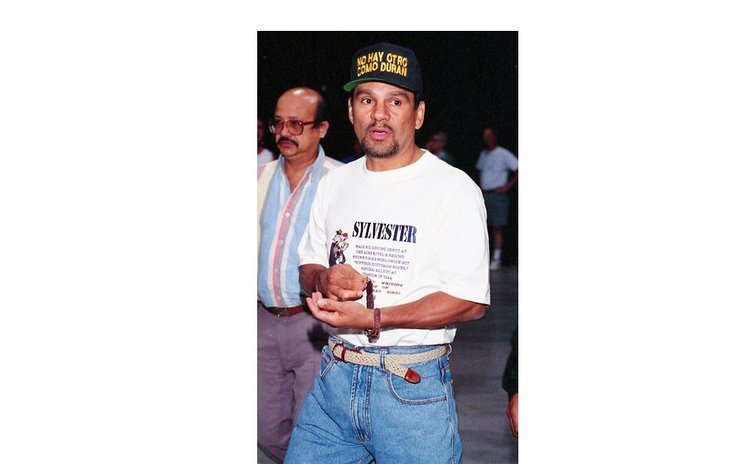 After all the extensive media hype about the big fight between Jamaican Nicholas Walters and Ukrainian Vasyl Lumachenko that took place in Las Vegas, on Saturday it was nothing more than a big letdown. The big bubble of publicity merely grew bigger until it burst smack in the faces of the world-wide fight public. All that the event had been billed to be simply never materialized where it mattered most – in the boxing ring itself. Two undefeated champions, Walters, the World Boxing Association belt holder and Lumachenko World Boxing Organization Champion came together in the gambling city ostensibly to move some way towards unifying the title for the World Junior Lightweight Division and it turned out to be just that. Unification came about through what looked like a unilateral decision to concede without any real contest. Walter himself, in the old time boxing expression, decided to throw in the towel. He said after the 7th round he had had enough and called it quits.

The action, such as it was, proved horribly one sided with no one having any difficulty in giving the Ukrainian each of the seven rounds by lopsided margins. Walters hardly raised a fist in anger, proving himself an ideal candidate for a non violence movement. He tried to move in closer to his opponent but without any success whatever, apparently unequipped to deal with a master in the art of highly skilled defensive maneuvers. Self styled the "Axeman", Walters either didn't have his axe handy or couldn't locate the tree he wanted to chop down.

If we utilize the great Joe Louis' famous line: "they can run but they can't hide", there was no evidence of Lumachenko attempting to give Walters a waltzing lesson. After the introductory four stanzas the Ukranian put on a clinic of a dominance as awesome as that portrayed by a matador in a bullfight. He would turn sharply, stand next to his victim, delivering a tormenting volley of unanswered punches. It was artful demoralisation effected with a mean streak calculated to carry out total subjection without really abandoning the humanitarian spirit.

As these things go, it was my hindsight reckoning that Walters could have faced a first round knockout, had the winner been really privy to a full scale assessment of his opponent's actual merits. The 400 amateur bouts comprising Lumachenko's background (of which he won 397) put him qualitatively so far ahead on any scale of assessment, real or apparent, that Walters emerged very much less of a professional and more of an unskilled amateur before the 3,500 disappointed patrons.

Boxing, as a sport, every now and again throws up a startling result which signals a prelude, that of a meteor providing the streak of ascendancy in the fistic firmament. Many years ago - almost 100 years – the relatively unheralded Gene Tunney put together two fights that laid silence to the sweeping labels of unassailable accorded by the boxing public to Jack Dempsey, idolized as the Manassa Mauler, Tunney used his skill to defuse Dempsey's power. Almost giving real substance to the label euphemistically applied to boxing as the gentle art of self defense. Tunney retired contentedly thereafter and it took a little over 40 years before the heavyweight division was graced with another dancing master in Muhammad Ali who started life as Cassius Clay.

Ali factored in dismantling the legend of Sonny Liston who up to that time was regarded as invincible. Liston's crushing power in both fists had spawned a disabling reputation which gripped opponents with fear. On February 25th, 1964, the 22 year old met his moment of truth by taking his first step to immortality by subduing Liston in five rounds. Liston looked suddenly several years older as he remained seated on his stool saying he could no longer continue. The primary reason given was that he had hurt his right arm. Indeed, though, the damage appeared woefully psychological as he was unable to lay a hand on his fleet footed tormentor, who had referred to him as a big bad ugly bear.

Very much a nonpareil, Ali would go on to write very sensational boxing history. However, it was his colossal battle on the global scale which was to many observers his unyielding contention with civil and governmental powers for which he may be most remembered – a champion of human rights.

Next in the questionable catalogue of bad men who were tamed by adversity of a moment inside the boxing ring has to be none other than Panama's Roberto Duran. He gave boxing its poignant statement of surrender "No Mas"! "All of the bravado, all of the brashness that had characterized his exterior both inside and outside the ring, suddenly melted into utter feebleness causing him to freeze into submission while facing the American Sugar Ray Leonard for the world welterweight title. Leonard by his superior skill forced Duran to accept his moment of truth, making him utter the words "no mas" – no more, after a climactic 7th round.

The boxing fraternity on the whole abhors quitters. They parade the virtue expressed in the motto: "Winners never quit and quitters never win". What then for Nicholas Walters as he will seek to absolve himself for his act of self betrayal on the night of Saturday 26th November, 2016? Surely he can atone for this. However, like Duran he must provide due restitution. He will have to prove himself all over again, patiently lifting himself up the fistic ladder, perhaps even deciding to move up to a higher weight division, say, the lightweight or junior welterweight category. He will have to be content with the leniency offered by legendary promoter Bob Arum whose 2000th promotion was so tarnished by Walters. The explanation given that Walters was much too short of ring activity – eleven months – going into the bout will have to show itself more of a reality rather than an excuse. Boxing can do without any more of "no mas".