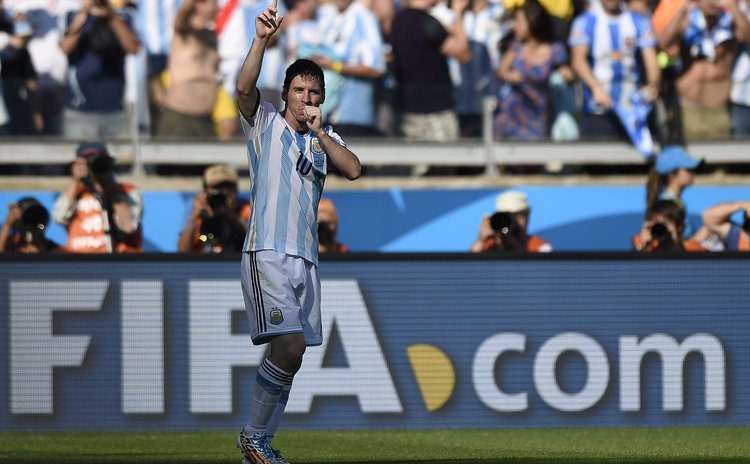 BELO HORIZONTE, June 22 (Xinhua/Sun) -- Argentine media showered acclaim on Lionel Messi after the forward's last-gasp goal against Iran secured the Albiceleste's place in the World Cup round of 16.

"The Flea nailed his shot from an angle to make it 1-0 and seal an undeserved victory against Iran," the Buenos Aires-based Clarin newspaper said.

"The dressing room has fallen at the feet of Lionel Messi - the man with the magical left foot, the genius who made the trip to Belo Horizonte worthwhile for so many Argentina fans," the newspaper enthused.

It added that Messi had single-handedly saved the team from defeat.

"Argentina wandered down a prickly path before Messi appeared with a goal that provided salvation."

"There were five seconds between the moment he received the ball and his strike," Ole said.

"He hit it with nine opponents in the area and without a passing option. He was given so little space but still managed to shine."

Press reports hailing Messi's winner were matched by an outpouring of praise from Argentina coach, Alejandro Sabella, and teammates.

"With Messi in the team, anything is possible," Sabella said. "Not even two goalkeepers would have stopped his goal today."

"Thankfully the little guy rubbed his magic lamp in the last minute and we won," Romero said.

Messi's Barcelona teammate Javier Mascherano paid tribute to the star's ability to "change the match with a moment of skill".

Spain's El Pais said Messi had benefited from Sabella's decision to mould the team around the 26-year-old.

"The mission of any Argentina manager is to find the right ecosystem for [Messi's} eminence," the newspaper said.

"Argentina is enjoying his infinite talent," the newspaper said. "He makes a nation happy."