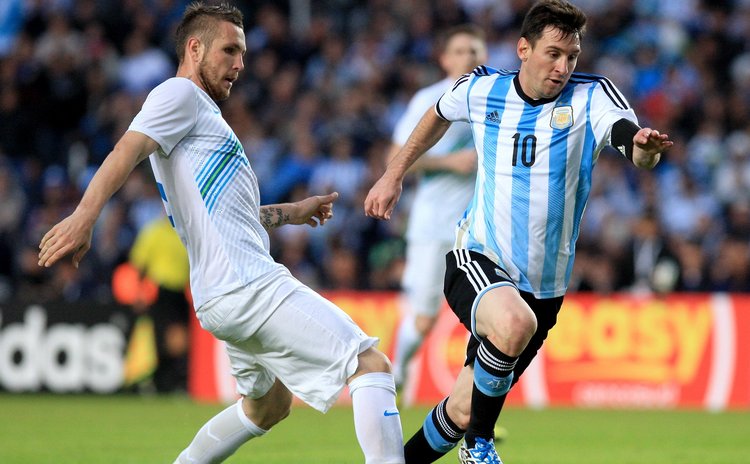 Lionel Messi and company were escorted from the airport to the team's hotel by a fleet of military and federal police cars, private security vehicles and ambulances.

The team will be based at the Cidade do Galo training centre belonging to Atletico Mineiro, the club of Messi's former Barcelona teammate Ronaldinho.

The squad is expected to train for the first time on Tuesday and will hold an open training session for 4,000 fans on Wednesday.

That clash will be followed by matches against Iran on June 21 and Nigeria on June 25.