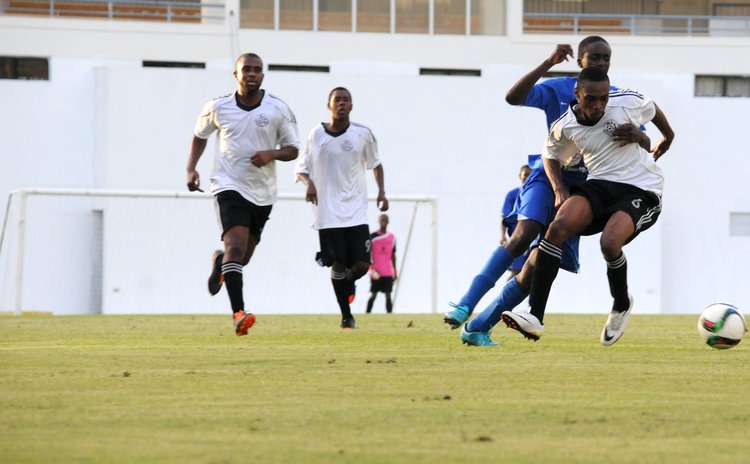 After regulation and extra time the scores were level at 2-2. The game was also undecided after penalty kicks (5-5) so the football's rule of "sudden death" was evoked.

Bath Estate was left standing in the game watched by about 100 spectators.

According to the rule "If the teams are still tied after the initial allocated number in a penalty shootout, the game goes to sudden-death penalties, where each team takes a further one penalty each, repeated until only one team scores, resulting in the winning of the game".

Meanwhile, Guadeloupe defeated Dominica's National team 2-1 in Guadeloupe in the Caribbean Cup Qualifier- Second Stage match. The score was tied at 1-1 at half time; Dominica equalized with a Julian Wade penalty in the 40th minute of the game. Guadeloupe scored in the 23r and 64th minute.

Dominica has played Guadeloupe seven times since 1992 and has not won a match; the Nature Island boys have drawn twice and lost six times.