Women's Football today in Dominica and the sub-region 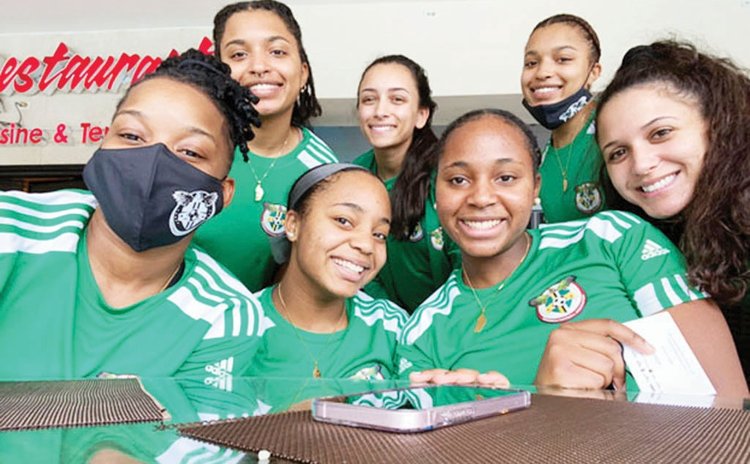 In Timothy Grainey's book "Beyond Bend It Like Beckham, The Global Phenomenon of Women's Soccer" he points out that despite the fact that women's soccer burst into the public consciousness only after the 1999 Women's World Cup, it has been around almost as long as its male counterpart.

Today it is the most popular sport for girls and women with participation growing exponentially worldwide. So where are we with women's Football in Dominica today nationwide?

That question is for everyone; educators, school principals, sports enthusiasts, Dominica Football Association (DFA), women's advocacy organizations, and government. Whilst the current efforts on the ground need to be applauded, much more needs to be done to raise the level and number of girls and women who play the game.

But of course, it is a question of political will, priority, leadership, collaborative partnership, and resources as well. But there is and will always be a question of resources and priorities when developing new programmes.

Football's governing body- FIFA- has recognized these huge challenges and constraints and has made it a priority to avail resources to member associations (MAs) like DFA for these undertakings.

Between 2007 and 2010, FIFA invested about 800 million U.S dollars in new programs and in financial assistance to MAs. FIFA's mission promotes the development of women's football and pledges to support women's football financially and to give players, coaches, referees, and officials the opportunity to become actively involved in the sport.

The governing body is helping to popularize the game by increasing public awareness and information campaigns as well as overcoming social and cultural obstacles for women with the aim of improving women's standing in society.

This includes the 'Live Your Goals campaign' which FIFA launched in 2011 to inspire more young girls and women to get involved in the sport. The funds afford necessary training camps, nutrition, and travel expenses for coaches and staff. Also, high-profile and influential women from the public or private sectors in Dominica need to be the catalysts of Dominica's women's football by promoting the game, not only in Roseau but in the rural districts as well.

This noble and patriotic cause is about empowering girls and women through sport and in their lives in general. But the role of the Government in coloration with DFA in this endeavour is critical. That time has come for more to be done towards the advancement of the game. The good news is that regional OECS countries are joining forces towards the enhancement of opportunities for women in the sport. That push will help to place Women's Football high on the agenda. But in order to be successful and sustainable, critical and focused leaders are needed if not via governments but in public-private partnerships with FAs and Concacaf.

The Caribbean has a wealth of talent and all that is needed are the right structures to support and facilitate women's advancement in the sport. The fascinating history of women's football around the world transcends much more than on-the-field performance and is an interesting story of the past, present, and future of the world's most popular sport.

Progress has been made in Dominica but there is much more work to be done. The DFA, women's organizations, government, and other advocacy groups need to harness the true potential for the growth of women's Football and consequently their overall growth and development.