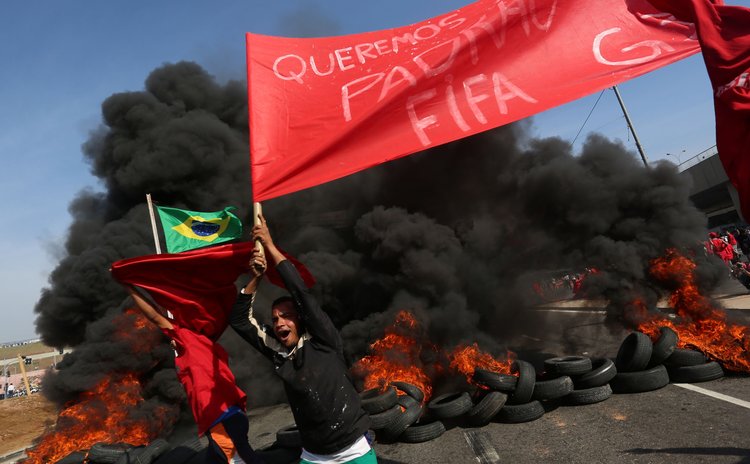 By Michael Place BRASILIA, May 15 (Xinhua/Sun) -- The Brazilian government has admitted the country faces ongoing security concerns less than a month before the World Cup begins in Sao Paulo.

"Public security in Brazil isn't ideal at any time, not only for the World Cup," Rebelo said on Thursday.

"We have problems related to security in Brazil. All organs of the government have made a big effort to overcome this challenge."

Earlier this year the government announced it will spend 790 million US dollars on the largest ever World Cup security operation.

Protesters have vowed to continue the marches during the World Cup as they rally against the soaring cost of staging the tournament, while public services like hospitals and schools suffer from underinvestment. Aldo played down the prospect of nationwide demonstrations during the World Cup, but warned violence would not be tolerated.

"The Brazilian government has no reason to fear the protests," Rebelo said. "It (the government) has to fulfill its role and apply the law. We will protect peaceful protesters and prohibit those that are violent. The constitution allows for pacific demonstrations."

Three of the venues - in Sao Paulo, Curitiba, and Cuiaba - are yet to officially open despite an original December 2013 deadline imposed by football's governing body FIFA.

"The test event in Curitiba was a success and I'm sure it will be the same in Sao Paulo," Rebelo said.

"We only need to apply the final touches like temporary seats, which are being finished now. All of the stadiums will be ready when the tournament begins in Sao Paulo."