Bringing our cricket out of the basement 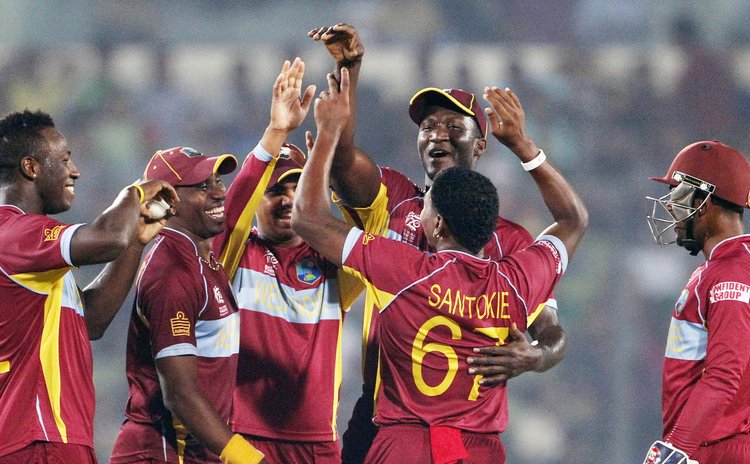 An orderly way of classifying standards in international cricket would be to think of Test cricket as the pinnacle of performance both for the individual and a nation. It is the most demanding format of the game – requiring not only high levels of technical skills but immense stamina as well. Having arrived at a broad classification we may think of a rating that would place England, Australia, South Africa, India, New Zealand and now Pakistan as the top tier, and then Sri Lanka, West Indies, Bangladesh and Zimbabwe as the bottom tier. The lower tier would understandably suggest that apart from the expectation of depressing scorelines linked with the last four when coming up against the superior sides, there would be correspondingly unprofitable gate revenues as well. From a position of preeminence West Indies have in about two decades dropped from the upper echelon right down into the basement of international Test cricket.

Daunting question: how do we come out of the basement? How do we get away from the dark and unto the light? Very much the right word; "light" exemplifying illumination! Our effective searchlight must show where we have passed, in order to clearly determine our required direction and profitable path of progress. In very short order we might say our pace bowling these days is more of a bare token. Gone are the days of our fielding a feared four or five pronged pace machine dependably wreaking havoc among our opponents. We can't answer fire with fire; and when it comes to playing spin our batsmen seem illiterate in the extreme.

Consider a typical recent scenario of West Indies facing up, say, against England, Australia or India. We lose the toss and have to field first. Our opponents bat for 140 overs, occupying the crease for a full day plus the morning session of the second day with a spill over into the post lunch session. Your bowlers are tired, if not exhausted, needing a day or two of rest for their fatigued bodies and disordered and discouraged minds. Rest, you say? Instead, you get West Indies batsmen capitulating by being all out in just about 60 overs – and exposing their battered bowlers to a further ordeal in a short space of time. That makes batting easier for our opponents.

Our opponents bat on to add two hundred to two hundred and fifty runs on top of an existing lead of two hundred or thereabout, setting us a target of five hundred runs. The result a defeat for us by a few hundred runs, revealing our team as the obvious second raters we are. Seemingly, when we are batting the pitch helps the bowlers and when we bowl it helps the batsmen!

It is unfortunate, but the grave need is to address all departments of our game, all at once. No matter how you view it, our batting is anemic. Our bowling is feeble, and our fielding deplorable. Veritably, we can't bat for a full day against decent opposition and we have great difficulty in bowling out our opponents once, let along twice! If we have them in trouble at around 150 for five wickets we are incapable of driving home the advantage. They recover and go on to establish a superiority alien to their earlier position. In other words, our players lack endurance – physical and mental.

First place requirement should deal with our pace bowling, which is where logically everything must begin. In this respect physical conditioning must be a key element. Sum it up carefully. You can't get fit by bowling fast. There is a difference expressed in being fit to bowl fast. Without this there is a patent lack of stamina along with consequent physical breakdown. We must develop in our pacemen an ability to run in fast, deliver quickly and accurately for at least five overs at one go. Then after a rest of forty minutes, come up for subsequent spell of equal potency and penetration. Of course, there must be the equivalence of four such prongs to the pace attach –with each unit firing as a prominent force. No member of the quartet should enfeeble the process and cause bountiful rest to opposing batsmen.

As supplement, or complement to the pace effort must be a spin department which is much less laughable than is provided by Soleiman Benn or Warrican. These two equate really with the pungency of underarm spin! Preferably we need a high class offspinner and competent legbreak bowler of the wrist spin variety. Royston Chase is a good offspinner, but he and others of his kind can only be of use if our pacers can initially force on the opposition a strong psychological pressure.

Someone has inferred: cricket is made for the enjoyment of batsmen, India may not think so! The idea over there is to have their pitches spinning potently from ball number one. They even start off their opening overs with Ashwin at one end! This, bolstered by an understanding that the opposing batsmen are radically of inferior metal – vastly below the category of Haynes, Greenidge, Sobers, Richards, Hunte, Lara and many others of the past. Spin as a preferred menu – served by the fielding side – presupposes an inbuilt weakness to spin in opening batsmen. Our current West Indies batsmen are suspect against all bowling, however fast or slow.

There is some difficulty in acknowledging Australia's Nathan Lyon as an offspiner with absolute entitlement to having deliveries unquestionably carrying the names of Kraigg Brathwaite, Darren Bravo, Marlon Samuels and Germaine Blackwood upon them. They have often faced up to him as if he is a sudden apparition of a kind never seen before. More really Lyon sees them as inanely or insipidly stupid in their approach to batting, presenting themselves as sacrificial lambs!

My outlook, as expressed in the past, suggest there is much that is wrong with West Indies cricket. The extent of weakness, though, does not lend itself to the quick fix of a camp lasting two or three weeks, during which players are likely to reinforce bad habits or wrong approaches. Where do we begin? Inevitably there must be the interim or short term measures but not exclusive of the need for systemic long term programmes to be applied carefully from the age of ten upwards. As one statesman once said, "half measures are no measures". West Indies has taken an enduring eternity – not seeing the essential need for avoiding waste of money on absurdities of ill-contrived efforts of rehabilitation!