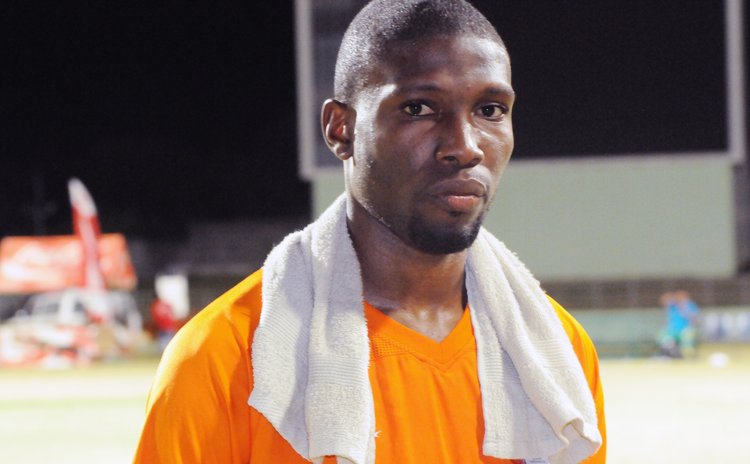 The initial move of the Dominica Football Association was to leave out captain and goalkeeper of Dominica's men national team from a 43-member squad called up to prepare for the Caribbean Football Union (CFU) Caribbean Cup tournament this year.

Glenson Prince has had limited action on the field being involved in a dispute over discipline issues with his club side, Northern Concrete & Steel Bombers, aired on national radio late 2015 which saw the two-time national champions with one point after eight matches in the 2015-2016 Flow Premier Football League.

Just over one week ago, Prince took the opportunity of the transfer window of the DFA to get a release from Bombers, and went on to enlist with neighbouring premier league club, Dublanc Football Club, the current league leaders.

Goalkeeper coach, the former national goalkeeper Courtney Challenger expressed his dissatisfaction with the omission of Prince from the preparatory squad. Challenger with more than 10 years as coach described Glenson Prince as one of the best 'keepers he has had to work with and who still had much to contribute to the country. Challenger was of the view that he should be in the squad because of the circumstances he encountered at Bombers.

DFA president Glen Etienne waded in to add that Prince could still be added to the training squad, but it had to be understood that no one player could get in the national team without playing in the league.

Also suffering the same fate as Prince was midfielder Glensworth Elizee of the Bombers team. The national player was also excluded from the training squad.

The DFA has since asked overseas based players – Anfernee Frederick, Briel Thomas and Julian Wade to make themselves available for the Caribbean Cup which will Dominica in Group 7 in action with British Virgin Islands and Martinique between Marcy 21 and 29.

Mahaut Soca Strikers maintained their unbeaten run in group one of the DFA Division I competition with a 3-1 victory over MV Maxano Bombers at the Benjamin Park.

In back to back matches at Newtown playing field, All Saints FC and ACS Tarish United played to a 3-all draw, while Element Agencies LA Stars whipped Trafalgar FC 6-2. Aldin Graham registered a hat-trick for LA Stars.