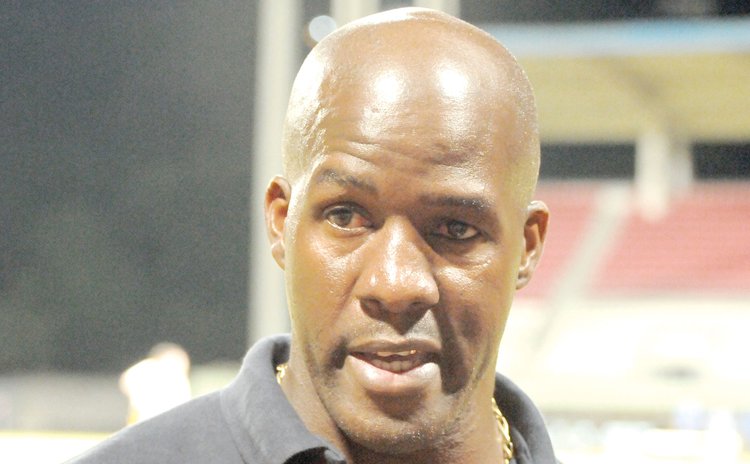 Dominica's early exit from a regional football competition had another casualty, though voluntarily, in the stepping down of Shane Marshall as the national football coach.

Marshall's decision came at the end of Dominica's second round Scotiabank Caribbean (CFU) Cup match with Martinique which was played at the Windsor Park Sports Stadium on Tuesday June 7, 2016. Martinique won that match by four goals to nil (1-0) at the half.

Marshall told reporters after the match that he had written to the Dominica Football Association (DFA) before Dominica's opening match with Guadeloupe that he would be stepping down as coach. He suggested a coach from overseas because of the lack of respect given to local coaches.

Dominica lost that match with Guadeloupe on Sunday June 5 by two goals to one after the scores were tied 1-1 at the half. Guadeloupe opened the scoring before Julian Wade netted a penalty kick to get Dominica back on parity. Guadeloupe went on to get the winner so that Dominica was in a must win situation with Martinique, something that would not be easy given the fact that Martinique won their first round match at the Stadium 4-1 in late March, and so it proved as Martinique again scored as early as the 6th minute (through Audel slammed high in the roof of the goal) to put Dominica on the back foot. Dominica created two early chances in one-on -one with the opposing goalkeeper to draw level but on both occasions found the legs of the advancing 'keeper. Dominica's woes were compounded when Delem scored in the 47th minute to double Martinique's score. Martinique again in the 58th minute (Grougy) and 69th minute (Langil) to complete the 4-0 victory. Martinique beat Guadeloupe 3-0 in the first group match at home to finish with six points, and Guadeloupe three to move to the next round of the Caribbean Cup.

Bath Estate Football Club had to go through a 12-goal penalty shoot-out with Newtown Juvenile Football Academy Harlem United after 111 minutes including extra time to capture the DFA 2016 All Island Football League at the Windsor Park Sports Stadium on Saturday June 4, 2016.

Bath Estate opened the scoring in the first half through Derrickson McDonald in what turned out to be an evenly contested match as the teams exchanged possession. Suddenly Harlem drew even when Chris McIntyre scored from close range in a highly populated Bath Estate goal area. Then the match turned on its head when McIntyre slammed a brilliantly taken free kick from outside the Bath Estate penalty area to give Harlem the advantage going into the interval.

For long minutes in the second half it seemed that the game could end 2-1 as Harlem soaked up the pressure and denied Bath Estate repeatedly while mounting their own counterattacks. And then just like that a ball evaded the Harlem defence and custodian to McDonald his second goal.

Extra time saw no breakthrough, and thus it was into penalty kicks. Harlem's first kick cleared the cross bar, but their 'keeper came up trumps diving to his left to save Bath Estate's second kick. Harlem reeled off four straight goals and Bath Estate three to send the kick-off into sudden death at 4-4. Harlem went wide and Bath Estate scored and it was Bath Estate 5-4 in the shoot-out.

New Generation Sports Club were also in winners' row at Benjamin Park. They beat Wood City Strikers of Woodford Hill two goals to nothing to move to 14 points. Samantha Joseph and Donisha Xavier were the scorers.

Dive Dominica Harlem United got the points the easy way when Bombers Starlights of Portsmouth failed to show at Newtown for their match.