Labourites in Colihaut want local CXC registrar, Catherine Daniel, to be their candidate for the next general election. She has said neither yes nor no 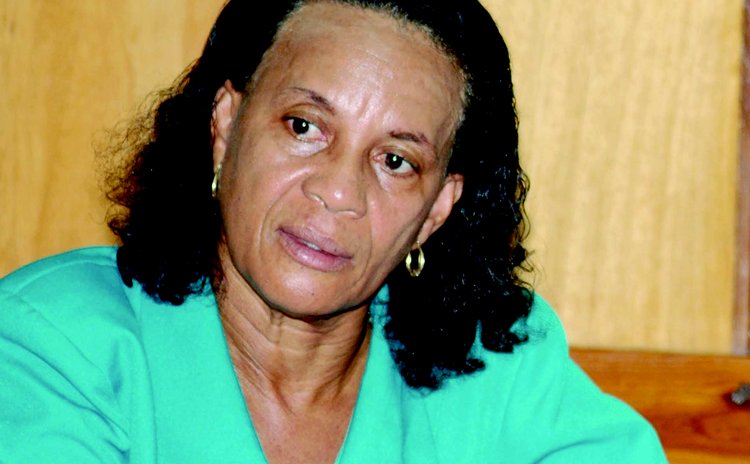 This is about burying the demons born out of the sins of an indifferent incumbent, erasing the ghosts of present ineffectiveness.

This is about rising from the endless morass and climbing from the seemingly bottomless pit. This is as emphatic a rejection of the sitting MP as there can be.

"(The MP Ronald) Toulon is history," one person with intimate knowledge of the inner workings of the ruling Dominica Labour Party (DLP) told The Sun.

This is about finding someone who's capable, competent and caring. This is the lesson Labourites in Colihaut are seeking to teach by voting "overwhelmingly" for the local Caribbean Examinations Council (CXC) registrar, Catherine Daniel, as their flag bearer in the next general election.

"They had some kind of vote in the constituency and the numbers were overwhelmingly in her favour," this person revealed. This is not the first time Daniel's name has crept up as a possible DLP candidate. Last election, with the voters seemingly fed-up with Toulon, she was mentioned as a possible candidate. But she backed off because she lacked the confidence to contest, the source told The Sun.

But constituents seem to see her as the new seigneur, their popular choice to replace the lurdan Toulon.

The people have spoken, DLP top brass are reported to have told her, now they want to hear from her. But she has kept them waiting. Hopefully not for ever, hopefully not in vain.

"They went to her and told her about the numbers (the vote in her favour)," said this source who spoke on the usual condition of anonymity because of his current profession. "She has not told them 'yes' but she has not told the 'no' either."

Daniel doesn't lack intellectual self-confidence, but she seldom – if at all - indulges in public displays of political enthusiasm, the source explained. Still, there's hardly a soul in Colihaut searching for a reason to dislike her and she is capable of enthusing the animal spirit that so many Labourites in the constituency have lost because of Toulon.

Daniel could not be reached for comment for this article, but the source indicated that the would-be candidate was searching for answers. Both within and without. "She is talking to some people (before she decides but) this lady is the one very likely to be the candidate."

Toulon's lack of performance became something like quicksand under the DLP's feet, sucking its image in the constituency ineluctably downward and backwards. However, the situation was similar last election, yet he won comfortably.

But things are different now, with the opposition United Workers Party (UWP) showing signs of life again. In addition, the constituents seem weary, tired of giving their all and getting his cold shoulder in return. Therefore, they have determined that the struggle between hope and experience must end and they will put their faith in the newcomer.

"The kind of votes the guy (Toulon) got (in the last election), somebody will have a hard time beating a Labour Party candidate down there," the source told The Sun. "She coming in as a new candidate she will sweep the polls. She comes to the race as a good person, she has been in this education thing for a very long time (and) she is well known."

This is about shattering the gravitational pull of present incompetence, breaking the chains of perceived ineptitude, so hard to shake off. This is about winning.