Colombia and Brazil to clash for World Cup semifinal spot 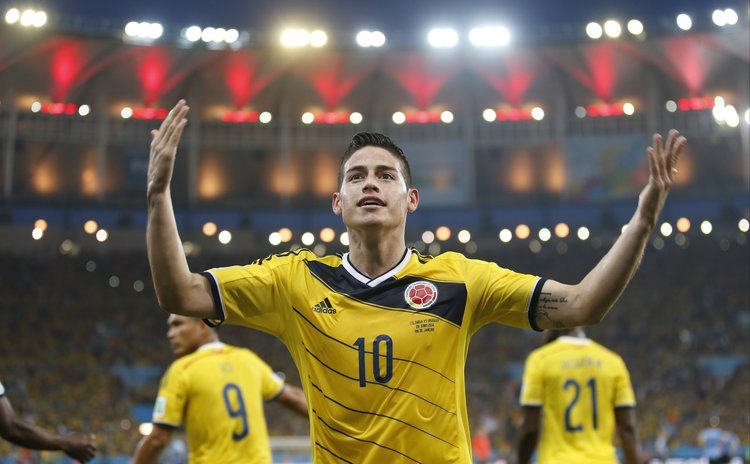 RIO DE JANEIRO, June 28 (Xinhua) -- Hosts Brazil will fight Colombia in the World Cup quarterfinals as both won their round of 16 games on Saturday.

Brazil beat Chile on penalties in Belo Horizonte after the two sides tied 1-1 in the regular and extra time. Brazil withstood the pressure in the penalty shoot-out to win 3-2.

James Rodriguez scored either side of halftime to help Colombia reach the World Cup quarterfinals for the first time with a 2-0 victory over Uruguay at the Maracana stadium.

The 22-year-old midfielder opened the scoring at the Maracana stadium with a sublime long-range volley before tapping in a second goal just after halftime.

The Brazil vs Colombia match will take place in Fortaleza on July 4.

Rodriguez now has five goals and two assists from four matches, and is a leading contender for the Golden Ball awarded to the World Cup's best player.

Brazil looked to advance in an simple way from the start as David Luiz put them ahead only 18 minutes into action. But Alexis Sanchez took Brazilian defense's error to level the score for Chile in the 32nd minute. Chile looked to be the stronger side in the second half but Brazil hold on to force into extra-time.

Chile nearly won it with a few seconds left as Mauricio Pinilla rattled the crossbar. The 1-1 tie forced both sides into the penalty shoot-out.

In the penalty shoot-out, when the fifth Chilean player Gonzalo Jara hit the post, the Estadio Mineirao in Belo Horizonte erupted into wild excitement as Brazil eventually won 3-2.

"As we have said when we heard of the draw, we know we will have difficulties against Chile. they are a organized, balanced team with good players," said Brazilian coach Luiz Felipe Scolari.

"Some people say even the best players feel the pressure in world cup, as we have so many new young players, we are gaining experience as we go on. We will make less mistakes next match because it is knock-out stage. We are fighting at home."