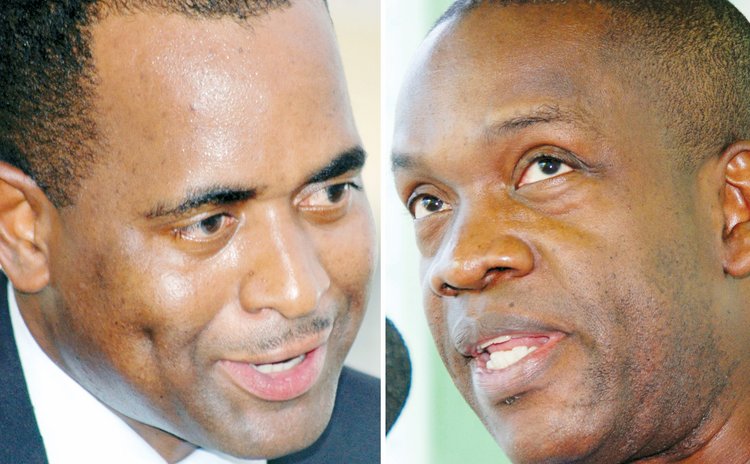 Another court battle may be looming after the next general elections since the opposition United Workers Party (UWP) is claiming that the governing Dominica Labour Party (DLP) is currently buying votes which, the UWP claims, is a criminal offence.

In the 2005 and 2009 general elections, the UWP charged that the DLP brought in hundreds of Dominicans to influence the outcome of the elections and the UWP took the matter to court but it was unsuccessful.

As the 2015 general election draws near, the UWP is again crying foul claiming that the DLP is trying to bring in overseas nationals to help it win the elections.

Speaking on a UWP programme "Focus on the Economy" on Q95 FM on June 11, 2014, party leaders said the DLP was holding meetings with overseas nationals and the UWP will do all in its power to stop that practice. Dr. Thomson Fontaine, the UWP candidate for the Grand Fond constituency said the DLP is using United States based United Nations (UN) ambassador Vince Henderson to do some of the dirty work.

"Ambassador Vince Henderson has a direct hand for individuals being paid to travel to New York and New Jersey all expenses paid to be at the Sheraton Hotel in Miami for an all weekend meeting where they had five separate sessions discussing the pending elections in Dominica and how they can make up the numbers," he said.

According to Dr. Fontaine, among the constituencies discussed are La Plaine, Castle Bruce, Grand Fond, Wesley, Roseau North and South and St. Joseph.

"It was a very shameful weekend I believe for the DLP…it's time for change and people are going to the meetings and coming back and giving us the information denouncing what the DLP is doing," Dr. Fontaine stated.

Dr. Fontaine said that he is "encouraged" at the support the UWP is getting from the people who attended the meeting in Miami.

Dr. Fontaine said: "People were actually asking for their payment in exchange for bringing people to Dominica. Team Dominica is not against people coming to vote, as long as you are qualified, are on the voters list and are not taking bribes, $500 etc. to come to vote," he said. He added that he was hoping people in the United States will not jeopardize their own legal status to come to vote the way the DLP is advocating.

Joshua Francis, an attorney at law and the UWP candidate for the Roseau South constituency said the practice was "illegal" and called on overseas Dominicans to "think before they act since it does have far- reaching implications for them".

But Ambassador Vince Henderson has categorically denied that he has used his office to be involved in an illegal activity, i.e. recruiting Dominicans to come home to vote.

"This is totally untrue," Henderson told Matt Peltier of Q95 FM's "Hot Seat" on Tuesday last week. "I have always tried my best to walk the straight and narrow. As man I am fallible but to make those serious allegations… I will take the matter very seriously and take the necessary action."