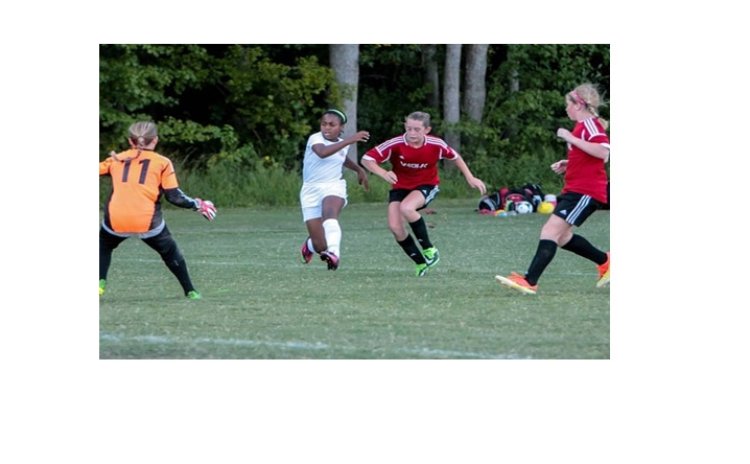 Sari Finn, a sixteen year old junior at St. John's College High School in Washington DC, will be joining the 20 player Dominica national women's football team in St. Kitts to compete in the Caribbean Football Union (CFU) 2018 tournament from April 18- 22. The CFU is the nominal governing body for association football in the Caribbean and represents twenty- five (25) FIFA member nations.

Head Coach Rajesh Latchoo looks forward to the competition and is optimistic that his team will have a decent showing due to the hard and focus tactical, physical, mental and technical training they have endured during the past five months. The squad is comprised of at least five diaspora first generation North American players including Sari and the Bertrand sisters from Toronto.

Coach Latchoo believes that this challenge series will prepare the ladies for the world cup qualifying series in Trinidad in late May. He would like to thank former Canadian Goal keeper Karina LeBlanc for the inspiring session with the team. He is optimistic that these tournaments and interactions will result in much needed respect, support and dignity to women's Football in Dominica. Sari is thrilled to represent the land where her parents were born and raised and is willing to play her part in uplifting the status and standard of women's Football in Dominica. Sari says, "Alongside teamwork, football teaches me that the only sure path to success on the field, in school and in life is through hard work."

Sari has academic memberships in the National Honors & National Spanish Societies. She will be attending college in the fall of 2019 and plans to study Civil and Environmental Engineering. She plays for the U17 DC Stoddert Travel Soccer club as a left and/or right forward. She is a three year Varsity Player for the St. John's High School Cadets who are currently the women's soccer champions in the Washington DC Catholic Athletic High School Conference (WCAC) and the DC State Athletic Association (DCSAA).

Sari resides in Washington DC with her parents and sister Alanna who will also be playing for Dominica's U15 team in the CONCACAF tournament later this summer.