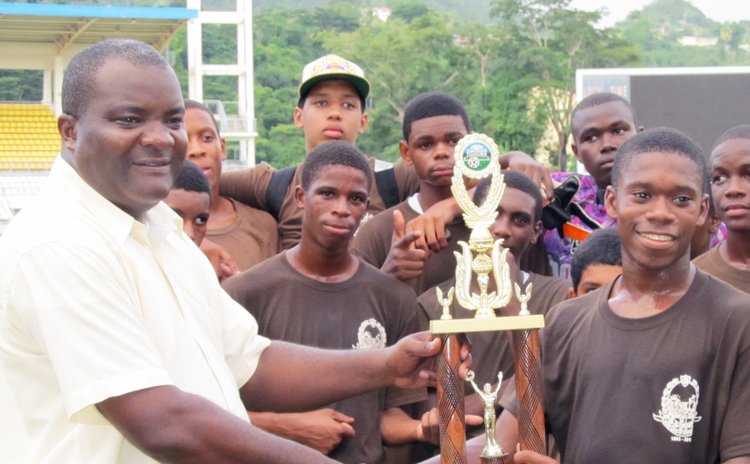 Skinner House beat Alexander House of Isaiah Thomas Secondary School (ITSS) one goal to nil in the 20-minute final played in halves of 10 minutes at the Windsor Sports Stadium on Wednesday 9th October 2013. The winner was scored by Gerard Augustine in the fifth minute of play.

Alexander House went through to the finals by out-shooting Sorhaindo House of Castle Bruce Secondary School (CBSS) 2-1 on penalties after their semi-final match ended goalless. Each team had three penalty kicks.

Ten secondary schools and the Dominica State College are registered to take part in this year's championships. There will be competition amongst the secondary schools in the Uunder-20, Under-17 and Under-15 categories. Matches will commence on October 14 with games in the U-20 league.

The Sports Division will this year include a 13-and-under category. The 13 and under competition will be played nine-a-side on a field size appropriate to this age category. This competition became necessary to cater for the high influx of Under-13 footballers who have graduated from the Primary Schools U-13 Football programme.