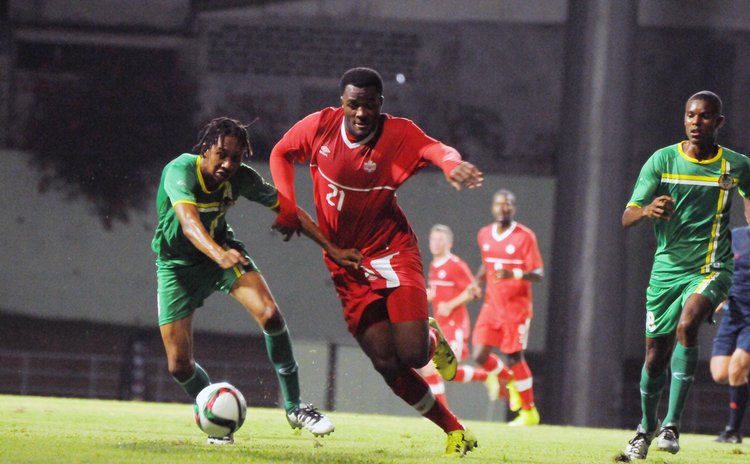 Battle for the ball:Canada in red, Dominica in green

Canada wanted more but they only scored two.

Hoping to come here to make a statement by swamping Dominica with goals, the Canadian football team were not happy with a mere two goals- to- one win at the Windsor Park Sports Stadium on Thursday night in the first of two World Cup qualifiers.

Cyle Larin got the first goal in the fifth minute of the game before Teibert doubled Canada's advantage in the 64th with a penalty kick.

Dominica and Canada meet again next Tuesday in the return leg at BMO Field, with Canada needing a win, draw or one-goal loss to advance to CONCACAF's third round of qualifying.