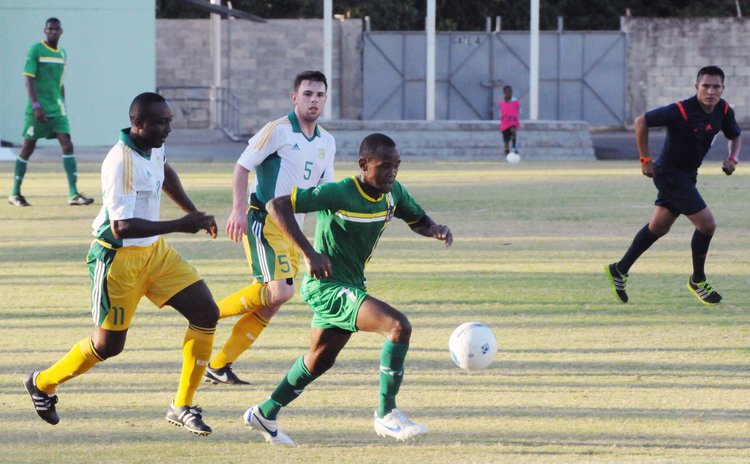 The World Cup qualifier at the Windsor Park Sports Stadium in Roseau on Thursday between Canada and Dominica has been described as a game "against an obscure an (almost certainly) overmatched opponent."

"It's assumed that this home-and-away series (the second leg is at BMO Field on June 16) will be a cakewalk for Benito Floro's side," said the writer adding that nonetheless "Floro has been careful not to overlook this matchup with the tiny Caribbean island, currently ranked No. 168 in the world. He has named a nearly full-strength roster."

Earlier this month the team coach said "we need to play both games with a lot of intensity and I hope my players understand the situation, because it would be very, very bad if we don't play well."

Canada, ranked No. 109 in the world, appeared in the FIFA World Cup in 1986 and came close to qualifying in 1994. In recent times, Canada has "turned in a pair of creditable performances against Iceland (a 1-1 draw and a 2-1 loss) and posted victories over Guatemala and Puerto Rico", MLS sated.

The two- match series will be the first two matches between Canada and Dominica.

This will be Dominica's sixth attempt at qualifying for the World Cup and leading up to the match against Canada, Dominica beat the British Virgin Islands (ranked No 194) 3 goals to 2 on aggregate in the first CONCACAF qualifier in March. This was followed by a 2-1 win over Grenada (No. 160), a 1-1 draw with Saint Lucia (No. 136) and a 1-0 loss to St. Vincent and the Grenadines (No. 112).

"Barring one of the most monumental upsets in soccer history, this is where the road will end for Dominica," said MLS.