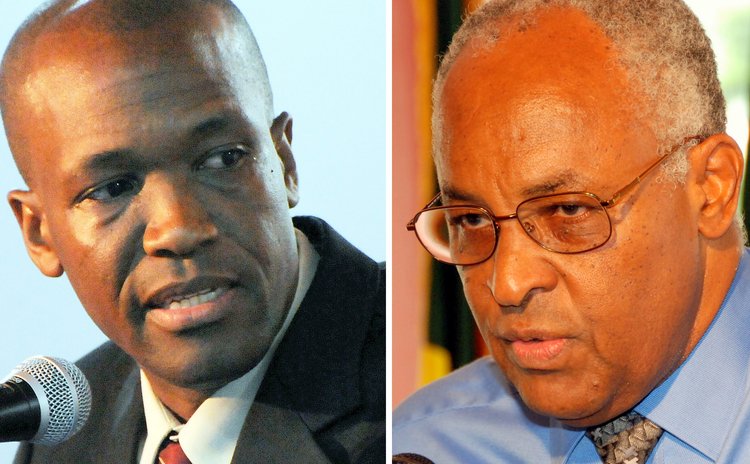 Thompson Fontaine, the United Workers Party (UWP) general election candidate, has been accused of misappropriating funds belonging to the Dominica Association of Arts and Sciences (DAAS).

Over the past two weeks the controversy has been the most-talked-about topic on the talk shows.

Earlier, the Sun obtained a series of letters exchanged between members of the DAAS when the matter became a discussion point among DAAS members in 2009.

To put the issue in perspective, here is how Dr. Fountain explained the matter to the DAAS board, before he resigned from the DAAS.

I have been rather shocked not surprised by the recent email exchanges.

I have faithfully and honestly served as DAAS treasurer for the past 8 years during which time I duly dealt with handling the rather meagre financial resources.

A few days later the CD was returned because they could not find the DAAS registration.

I immediately transferred the $12000 into a 3 yr. CD in my name at my bank. A decision I have come to regret and which in hindsight was a poor choice.

The money and interest was accounted for in the December 2008 report.

When Clayton suddenly remembered the money a few months ago he requested that I liquidate the CD and put the money in the regular DAAS account.

I hesitated in complying because of Clayton's accusatory manner and the fact that he had completely forgotten his role in having the money moved in the first place.

I also tried to reason vainly that the money could be kept until December 2009 to avoid early withdrawal penalties.

Clayton disagreed and asked the bank to remove my name from the DAAS account. I was obviously outraged. Time went on and I failed to act until Dr Peter St Jean intervened in late Aug.

Following Peters intervention I agreed to liquidate the CD and not resign as treasurer as I had previously threatened.

This was 5 days before my current mission and I was confident that it would be settled before I left. However when I called the bank they asked me to send a fax accepting the early withdrawal penalty. This I did.

When I checked the morning before leaving the money had not been transferred. I called back. The fax apparently was not received so I resent it. I left for mission. The first chance I got I checked still no transfer so I asked my wife to follow up.

In the meantime I told Gabe and Clayton of the problems I was having in liquidating the CD so please bear with me since I was doing everything to get it done. At great cost I was in contact with the bank almost daily.

Gabe told me that this was rather strange because he had liquidated CDs in Dominica in one day. He responded by sending the POA.

I told him that in my view this was not needed since it would not make the bank find the fax or liquidate the CD but it would be a good way of humiliating me. He persisted with the request.

In the meantime I also spoke to Clayton telling him that I was confident that the transaction would be completed by Friday. He however proceeded with sending a highly prejudicial email to you. Which takes me to

Let me explain. Some time ago I initiated a fund raiser for Charles Lawrence after I had successfully contacted John Hopkins to perform the kidney transplant.

The first brunch held in DC raised well over $4000. Charles agreed that I should handle the proceeds on his behalf so I suggested to deposit the money in the DAAS account to facilitate any checks and credit cards but more importantly for accountability purposes.

Over the course of 2008 more than $20000 was raised. I successfully negotiated with the state of MD for insurance coverage for Charles.

I therefore transferred out of the DAAS account over $13000 on two separate occasions to meet his insurance needs, provide money to his sister, and to transport him to and from NJ for his pre operation medicals. He has stayed in my home no less than 5 times. I also have a small group including Charles to whom I report to on the funds.

All of these withdrawals were duly recorded in the DAAS December 2008 accounts. All of this time there has not been a word of question or query from Clayton.

You should also know that as DAAS treasurer I have never received a bank statement. All the bank statements go directly to Clayton so he is fully aware of all deposits and withdrawals into and out of the accounts.

I have been at a loss to understand motives and attitudes in all of this. None board members have sent me email because they may have been bcc on some emails. One even suggested that I should be arrested on my return to the US.

As for me my conscience is clear. I have guarded the resources in my care. The same sense of honesty and discipline for which I am known continues to be my guide.

In closing let me say I have no ill will or malice towards anyone. The president and counsel acted in the best interest of the DAAS as they deemed necessary.

Thanks to the many of you who withheld judgement before knowing the facts. Your support did not go unnoticed.