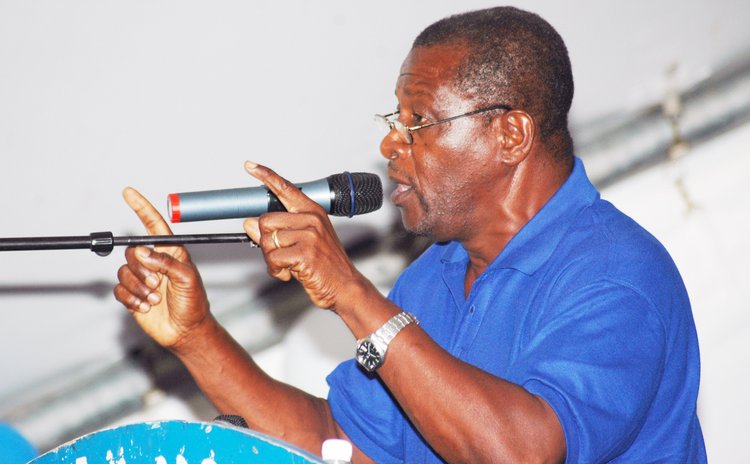 Dominica's former Prime Minister Edison James is worried that a ceremony planned by the Roosevelt Skerrit led Government to rename the Melville Hall Airport is a potential and serious danger to the lives of thousands attending the event.

James, The United Workers Party (UWP) former Political Leader, and a trustee of the Party pointed out that the access road into and out of the airport is a dead end road with a single lane in and out. As such, the large numbers of people in the aerodrome area of the airport could find themselves trapped between the Melville Hall River, the airport terminal and the airport fence with only a narrow escape road for both vehicles and pedestrians.

"Such a situation would lead to disaster," he said, declaring that the move demonstrates disregard for the letter and the spirit of the International Civil Aviation and International Airport Transport Association safety standards and regulations.

The ceremony, which is planned for October 27, could also have serious safety implications for incoming travellers during the busy Independence season, he said. Additionally, it could negatively affect flight scheduling into Dominica, during this season.

He said the availability of the Melville hall Airport to respond to any emergency needs of aircraft flying in the vicinity could be compromised.

James further pointed out, that neither the public nor the media have been informed of an Airport Emergency Plan (AEP), entailing hazard analysis and functional exercises to prepare for any emergency arising out of the assembling of a massive crowd at the airport.

"Outside of such a tested AEP, Mr. Skerrit would have to be held accountable for any injury to persons, trauma, or loss of lives, arising out of such a reckless, purely political activity as bringing thousands of persons into the bottlenecked aerodrome at Melville Hall," the former Prime Minister said.

James urged Prime Minister Skerrit to put the safety of the Dominican people and people travelling into Dominica, before his dumb and reckless political gimmickry. (UWP Press Statement)