Election date: How soon is soon 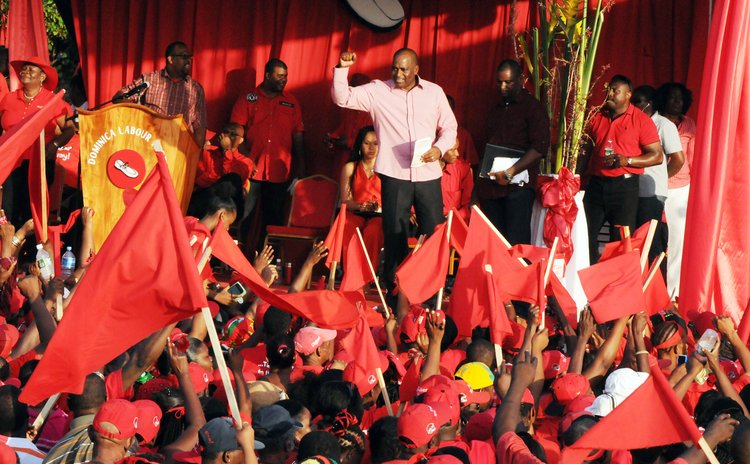 Prime Minister Roosevelt Skerrit has promised that it will not be long before Dominicans are told of the election date; but that has not stopped the speculation

"All I can say to you is that it won't go pass December 2014," one political observer who did not want to be named told the SUN.

Another, an insider of the ruling Dominica Labour Party (DLP) who has been identified as a member of the "outer cabinet" also whispered to the SUN that the election materials of the DLP have been cleared from the port and "we are ready for the election and the date will be announced soon and it will be before year end."

In fact the SUN can confirm that Chief of Police Daniel Carbon has advising police officers that effective immediately and until further notice "no leave will be granted."

"This is what is always done when the Cabinet Secretary advises the police chief that a general election is about to be called so he advises his men accordingly so as to be ready to maintain law and order," the source who is familiar with the management of the Police Force said.

The DLP held a meeting in Roseau on the evening of September 11, 2014 and Ian Douglas told party faithful: "The campaign is just warming up as we are on our way to victory."

Prime Minister Roosevelt Skerrit suggested at that meeting that the election is around the corner.

"My friends, I want you to get home safely and join us not long from now, not long from now when we shall take this message to the east, west, north, south and centre of Dominica where we shall deal with this wild boy Lennox Linton and make sure that everyone is sensitized to the danger posed to Dominica by this menace Lennox Linton. If you thought that Edison James was bad for Dominica, then Lennox Linton is 10, 20, 100 times worst that Edison James," Skerrit said.

He continued: "Very soon from now I will give you an opportunity to go back to the polls to tell the Workers Party, Lennox Linton and Edison James we do not want them to lead Dominica, now or in the future.

"Go back and take this message home because this country is too important for us to put it in the … hands called Lennox Linton and the Workers Party. I say to you, go back home and get ready because very soon I will give you the date to choose the next government for the next five years."

The last general election was held on December 19, 2009; that date will mark five years since the DLP won 18 seats. Elections are constitutionally due in May 2015.