England and Italy are group favourites 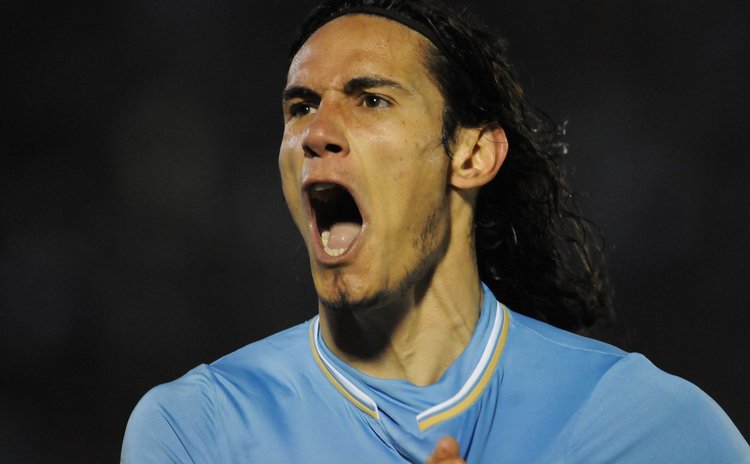 MONTEVIDEO, June 5, 2014 (Xinhua) -- Uruguay's Edinson Cavani celebrates after scoring during a friendly match against Slovenia, in Uruguay, on June 4, 2014.

RIO DE JANEIRO, June 6 (Xinhua/Sun) -- Luis Suarez's knee injury may have a big impact on the outcome of Group D. With the Uruguay star striker yet to hit best form, England and Italy are the favourites to progress through the Group of Death.

Boasting Suarez and Edinson Cavani, one of the most prolific striking partnerships in the world, Uruguay was initially regarded as strong enough to move on from the group that includes England, Italy and Central American underdog Costa Rica.

Unfortunately, Suarez's sudden injury came as a huge blow for Uruguay. The 27-year-old underwent a surgery on his left knee in late May and needed at least two or three week for recovery.

Suarez is widely seen as his team's top scoring threat, having led the Premier League with 31 goals for Liverpool this past season and getting voted player of the year in England. He also scored 11 goals in 2014 World Cup qualifying.

Despite the question mark over Suarez's form, Uruguay could be more reliant on Edinson Cavani, who scored 25 goals for Paris Saint-Germain this season. The 35-year-old Diego Forlan, the Gold Ball winner of 2010 World Cup, is able to play a support role from the substitutes.

For England, however, Suarez's injury is a good news because of their poor defence.

But the Three Lions have a strong belief this time due to the young talents on the front line. Raheem Sterling, Adam Lallana and Daniel Sturridge have already proved themselves in the Premier League and have not let the coach Hodgson down during the World Cup qualifying stage.

Moreover, the rise of young talent means Wayne Rooney, who has failed to score at Germany 2006 and South Africa 2010, can feel more comfortable in the role of playmaker.

Italy may not be rated the favourite to win the World Cup this time but the Azzuri still have the capacity to cruise into the knock-out phase.

The four-time champion will depend on the experience of Andrea Pirlo and Gianluigi Buffon, who have a combined age of over 70. The 36-year-old Buffon, the captain of Italy, remains agile, while Pirlo still has the ability to change the course of the game with pinpoint pass.

Coach Cesare Prandelli has turned Italy into a much more aggressive and attractive team since he took charge in 2010. Regarding the offence side, Prandelli voiced his faith in Mario Balotelli from AC Milan. If the 23-year old can keep his behavior in check, he will be the most reliable source of goals for Italy.

For Costa Rica, it looks difficult to enter the next round. Winning a game may be a realistic plan for them