FIFA at crossroads after crisis 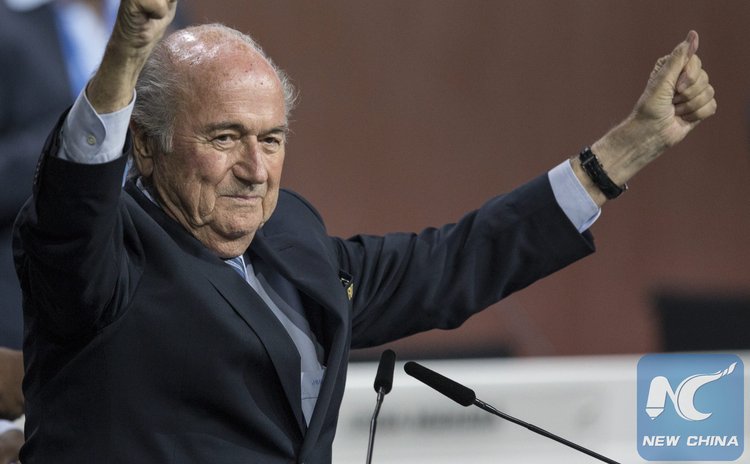 ZURICH, May 31 (Xinhua) -- The world soccer's governing body FIFA is now at a crossroads after it was hit by the biggest corruption crisis in the organization's 111-year history.

Several FIFA senior officials, including vice president Jeffery Webb, were arrested in Zurich on Wednesday ahead of the 65th FIFA Congress.

In spite of the scandals, newly re-elected FIFA President Sepp Blatter vowed to leave a "strong" FIFA when he leaves in four years.

"I take the responsibility to bring back FIFA with you. I am convinced we can do it," Blatter said to the congress in his victory speech.

"I promise you, at the end of my term I will give FIFA to my successor in a very, very strong position. A robust FIFA and a good FIFA," said the 79-year-old, who now faces the daunting task of restoring public faith in an organisation tainted by allegations of rampant graft.

He added: "I'm not perfect. Nobody is perfect. But we will do a good job together."

German football legend Franz Beckenbauer said: "It's not the man himself (who is to blame)."

"Theo Zwanziger (former president of the German football federation) once said something clever: 'It's not the person but the system'. It's very difficult to change the system," said Beckenbauer, who has won the World Cup as a player and a coach.

"How can you control 209 countries and regions? You're always going to have a few irregularities. We need a new system. I'm not sure which one," explained the 69-year-old.

International Olympic Committee President Thomas Bach has earlier said that FIFA can learn from the way the Olympic body cleaned itself up after the Salt Lake City scandal.

Bach said at Thursday's opening of the FIFA Congress that FIFA must be strict in its fight against corruption and continue its reforms in order to win back fans.

The German was referring to the bribes-for-votes scandal around Salt Lake City's bid for the 2002 Winter Olympics which led to IOC reforms.

"I encourage you to shed full light into it and to counter such grave allegations. Following a way of transparency with determination you will overcome such challenges," Bach said.

In the Olympic agenda the zero tolerance policy against corruption has been strengthened, he said.

"We know that the fight can be challenging and very painful," Bach said. "But we also know there is no other way to restore credibility."

Buoyant after being re-elected at the congress on Friday, Blatter told FIFA TV that he knows how to create a better image for FIFA and promises to unveil surprising plans on the first working day of his fifth term as president.

"This gives me now the time because I was said to be responsible with what's happened. I take the responsibility and we have to build up now a better image of FIFA and I know how to do it," said Blatter.

"I cannot disclose it now but we will do it as from tomorrow morning. We have a meeting of the executive committee and they will listen to me, they will receive some information or some messages, some of them will be surprised