Mess up again, DFA, and you will be suspended, warned Primo Corvaro, FIFA's head of member associations 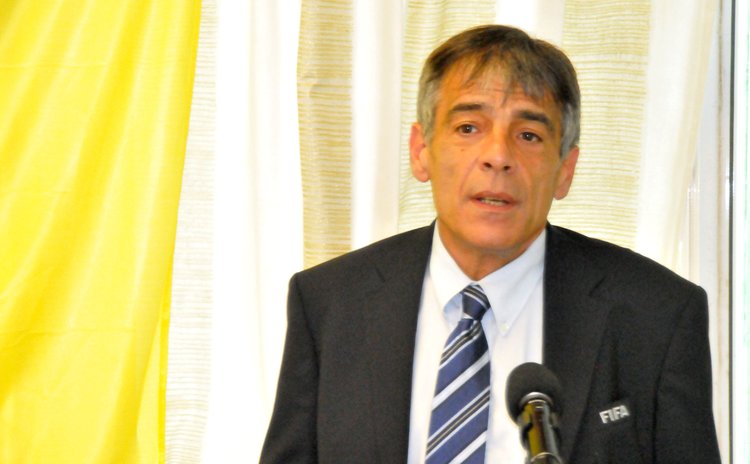 Former president of the Dominica Football Association (DFA) Dexter Francis has the right to again vie for the position of DFA President when election for the post is held on August 1, 2015 at the association's annual general meeting.

But legal disputes between Francis and the DFA almost landed the association in trouble. That's no exaggeration-the DFA reached a hair's breadth from being suspended from FIFA. Footballers' hearts nearly stopped.

"We consider what has happened as interference in the FIFA statutes; the member association like DFA they have the obligation to manage their affairs in independence without interference of any third party," said head of member associations Primo Corvaro who conducted an intensive meeting with the executive body of DFA on Monday.

At a press conference on July 13, 2015 Corvaro made it very clear that FIFA was not pleased with the legal battle between the members of the DFA. He was adamant that matters regarding the sport should be dealt with within the association and should not be brought before the court.

Some time ago Francis took the DFA to court challenging the legality of the appointment of Glen Etienne as president. Francis won the court battle but subsequently he had to go court again to enforce the decision of the court. In the end an annual general meeting was postponed and Etienne was allegedly locked out of the DFA office. That was enough for the DFA to earn a basket full of red cards from FIFA.

At the press conference Corvaro said that in a letter FIFA wrote to the DFA the governing body of football asked the association to revert the decision of the High Court or otherwise there would be consequences.

"Then we received some information from DFA…that it is impossible to have the decision reverted because it is a judicial procedure, it is finally and binding and you can't go against that kind of decision…if they acted within the procedure then the case would have not been the same," he said.

Corvaro added that after the election of August 1, 2015 if any football stakeholder goes to the judicial system that person will be sanctioned. Also, Corvaro said, in the future should there be any imposition from any judicial authorities on the DFA, FIFA and CONCACAF will take that case seriously.

Corvaro said sports matters should be dealt within the football family and not before the courts.

"That's why what has been done was not tolerated we made an exception today and we are taking big risks because we are setting a precedent and that's why I was glad to address the media to relay this message it is not because we have accepted what has happened," he added.

Furthermore, he said it would be a pity for the DFA to be sanctioned because one or two persons are not happy with something or other.