Fontaine at Frontline for UWP in Grand Fond 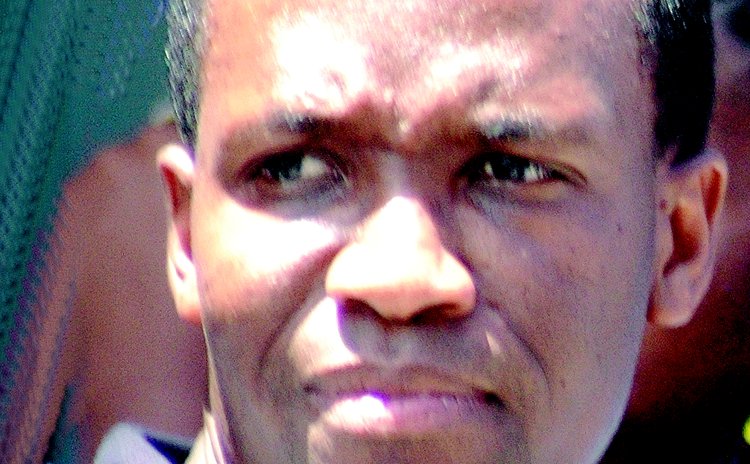 "The intention is to have a greater presence in Dominica," said Thompson Fontaine, the Dominican economist who, two year ago, quit his job at the Washington-based International Monetary Fund (IMF) "to focus more fully on Dominican politics." Ironically, it's a job that now keeps the doctor away, hindered his plans to be back full time. At present, he teaches a course in global finance at the University of Maryland.

"Because of the teaching assignment I cannot be in Dominica full time," Fontaine told The Sun in a telephone interview. But, as he promised last October, the Dominican economist again said he'd be back to hold the administration responsible for the many promises on which it has reneged and for the hopelessness it continues to propagate.

"I will be in contention for the next election."

He has already identified the seat he intends to contest, and, not surprisingly, home is where his heart is set.

"Definitely in the Grand Fond constituency," he said. "Certainly Grand Fond. That's where I want to represent."

Of course, the question remains as to when he intends to return home full time if he is tethered to a job in the United States.

"That will depend on the urgency and how much I can do outside of Dominica. The permanence will depend on when the election is called," the economist explained. "My intention is to spend as much time as possible in Dominica and helping to build the coalition."

Fontaine believes that the seemingly endless optimism that accompanied the rise of a youthful Roosevelt Skerrit to the premiership in 2004 has turned into a depository of despair. Therefore, he said, he was planning a strategy to help defeat the Dominica Labour Party (DLP) at the next poll.

"The ultimate basis for my decision will be a winning strategy, a strategy that will take care of the current administration. It's a question of where I can make the greatest impact."

Right now it would seem that Fontaine sees the United Workers Party (UWP) as that place, because, he said, it was "the best party to effect that change" and was in the best position to win. However, the UWP has struggled with its leadership since it lost to the DLP in 2000 and Fontaine has been seen as a potential leader of the now struggling Dominica Freedom Party (DFP). He told The Sun that he had not had "any active discussions" with the DFP of late, although he expected "to reengage them" at some point as they try to reestablish themselves as a political force. At the same time, he was proceeding with discussions with the UWP.

How Fontaine will maintain a distinct identity and not appear to become a wholly owned subsidiary of the UWP while being one among them remains to be seen. In the meantime, he has assured The Sun that leadership of the UWP is the last thing on his mind.

"To date, I have not been engaged in any discussion on the leadership of the UWP. I am currently focused on being in a position to represent the interests of the people of the Morne Jaune\Grand Fond Constituency whenever the next election is called," he explained.

That, and the desire to help remedy the many economic, social and moral ills that, he perceives, continue to afflict the nation. And Fontaine has the effrontery to challenge the administration which, he suggests, produces little to nothing of benefit to the country. It's just a matter of time.