Getting away from Laissez faire 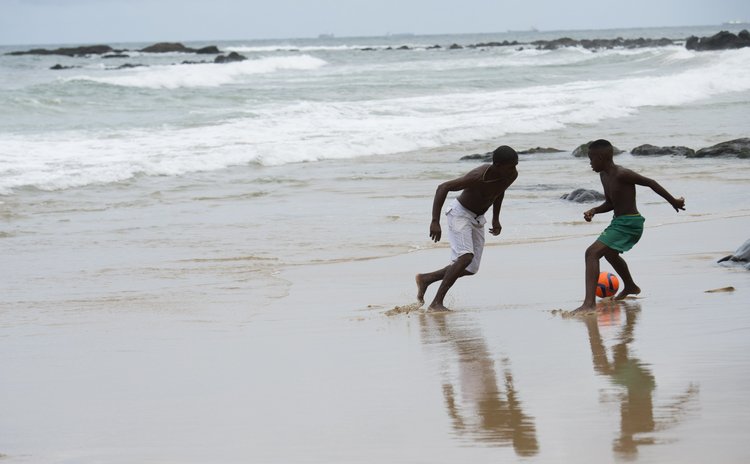 Escape from the clutches of a lower standard of football, as assessed on the global scale, has recently been expressed as a possibility by the Trinidad football authorities. Great prospects are laid in the setting up of a system whereby elite football material from a very young age would be nurtured into progressive national teams at all age levels. This introduces the idea that whatever methods which have existed hitherto in that country have fallen grossly short of a truly systematic approach to obtaining desired football excellence. The new concept is quite guardedly said not to be purely concerned with ambitions to capture world cup glory – although in itself a worthy by-product – but to help develop character in the young players. However, it emerges on the heels of repeated failures by Trinidad in the matter of wrestling credibly with the business of securing cup glory at least within our hemisphere.

What happens now is the laying of a foundation heralded as building from the ground up and quantified in many millions of dollars therapeutically to be applied by government and other stakeholders. With all that we in Dominica have – and do not have – what is the lesson to be drawn from all this? How instructive is all this?

From the very outset the Trinidadians say they have the European and American models of youth football development in mind. Trinidad is a nation of only about two million people. Dominica is well short of one twentieth of this. But it does not mean that neither Caribbean territory ought to make suitable effort to justify membership in FIFA. If anything, this is mandated by the world governing body. Each country is expected to improve standards of the game within its shores and hopefully to do so internationally.

Let us leave the Trinis to their own devices on the road to football progress, and allow us to focus on how best we can paddle our canoe – without too much risk of overturning it or even putting a hole in the bottom. We have often been rather crafty experts at sabotage!

Nothing we can do may stand chance of being effective if we drift away from the old saying: "where there is no vision the people perish." You can only find your way if you can see the way! Brutally simple, but it's the sole truth! To arrive at progress you must know where you are, where you were and the causative factors involved.

At the risk of sounding deeply rooted in the old testament of our football, I must ask why we have not produced a Cuthbert McIntyre, an Allan Guye, an Alec Reid, a Joe Reid, a Phillip Reid, a Sharpe Elwin, and nearer the new testament, an Irving Benoit and Robertson Hypolite, to mention only just a few luminaries? Incidentally, these names spring to mind from an era when referees did not really regard the physical safety of skilled players as a prime priority. Skill was safeguarded by swiftness, strength, nimbleness' and mental agility! One more thing, there was overflowing fitness. Practice matches could last well over two hours in hot sunshine!

The young player brought to football nothing but his innate God given skills, and to this he zealously added by learning whatever was on display by his peers and whatever he could learn from what went before their time. The idea was to learn well from others – and to be thankful for the opportunity to do so!

Never mistake what I have just said as being any attempt to counter the value of coaching. The position of lifelong coach does not permit me to entertain folly of this kind. On the contrary, I see the art of truly excellent coaching as a means to assist young players to release the genius that is talent within themselves. In general, styles of play do change. However, genius, if really there, can be aided to emerge and blossom. For this, there is always room in the game, regardless of time, place or era in tactics and strategy.

If the intention is to produce really élite players, can Dominica come up to scratch? It all depends on whose head is involved in visualizing the production line – and how well this head is screwed on in the technical sense. Dominica Grammar School, my alma mater used to present you as a student with a piece of paper, rather well printed, telling you, among other things, that "sports shall be compulsory". In other words, at least there was a formal declaration about the sanctity of sports, such as they were, amounting to cricket, football and athletics. You would hardly believe the realism underlying this assertion. The schoolyard was barely more than thirty yards long and twenty yards wide. But the school prided itself in participating in both divisions of the senior men's leagues in both cricket and football.

Skepticism had little place under the school motto "mens sana in corpore sano". In furtherance of this, there was no admission of the absurdity of sports participation being terminated in the third form, as seems to occur presently! The clear scope for rational thinking would seem to suggest that an approach to developing élite players cannot subsist alongside of an alienation of students from their preferred sports during the time they are in the age group from 13 to about 17 or eighteen.

It is either we lay a value on sports development and see its place in character formation and then only if we truly see the need for character at all. It has been said before, a void exists in that we do not have an expressly laid out sports policy – from the official angle. Thus, the prevailing context merely pays lip service to the importance of sports. How long will we continue to pay homage to the ornamental adornment of students having as many as twelve top grades in CXC subjects? How long will it take for us to be dismissive of the notion that accomplishments in sports as little more than a digression or blemish on the academic slate? It takes far more to become a champion athlete than to express the self as an academic book fiend. Of the latter there are so many. Of the former we have precious few.