Goodwill: the team to beat in Under-20 football 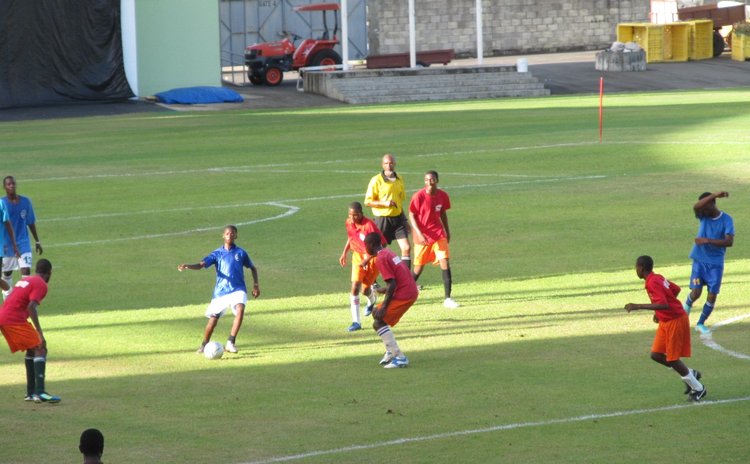 Goodwill Secondary School (GSS) the present champions of the Sports Division-organised Secondary Schools Under-20 football championship are the team to beat after two rounds of matches in that competition. All opponents had three points after two matches.

GSS were on maximum six points of two matches with 10 goals to four against to lead all competitors. GSS registered 5 goals to two wins against Dominica State College (DSC) and Isaiah Thomas Secondary School (ITSS) at Pottersville and Dublanc respectively.

Scoring for GSS against DSC were Delroy Parker (2), Earsan George (2) and Shem Deluge; and for DSC, Nigel Sanderson and Llamar Phillip.

Goodwill Secondary School (GSS) hammered 21 goals (9-0 at the half) past Orion Academy in Under-17 match at Pottersville. Seven players shared in that harvest led by Blake Serrant with five. Kaiwada Shaw and Raheem Laronde got 4 each, Delroy Parker 3, Quamie Anthony 2, Kern Magloire, Curdel Joseph and an own goal.

GSS made it six points from two matches with a 4-0 victory over Dominica Community High School (DCHS) 4-0 at Pottersville.

Defending champions DGS were one of three teams with wins in the opening round of matches in the Under-15 league.

At Pottersville, DGS won 9-0 against PCSS with Nelson Woodman finding the back of the nets on six occasions. Eustace Phillip (2) and Dylano Edwards completed the scoring for DGS.

SMA also came away with three points with a 4-1 triumph over ITSS. Fitz Jolly (2), Kyle Delsol and Jerrel Laville scored for the victors and Jovanni Mason scored for ITSS.

North East Comprehensive School (NECS) failed to show up against PSS at Pottersville and thus forfeited the match by three goals to nil.