Gregory "Karessah" Riviere: "I will never again walk off the stage" 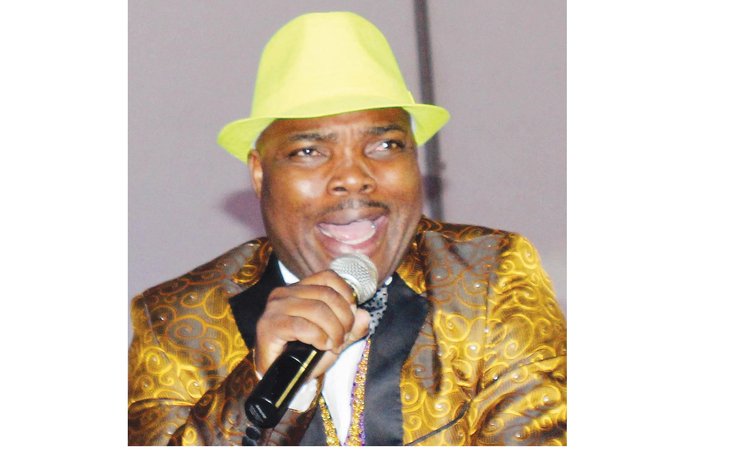 As the defending Calypso monarch, Gregory "Karessah" Riviere was to appear on stage at the number seven position on the night of February 10, 2018 for the grand Calypso finals.

The four-time Calypso Monarch was gunning for a fifth title. Then he walked off the stage.

Karessah made that momentous decision in round one and he did not appear in round two.

In an interview, Karessah spoke to the SUN and related the events of that dreadful night.

"I had two songs 'De Encounter' and 'Two King's Tie' but I decided to release 'De encounter' first and I figured that those two songs should give me enough arsenal to adequately defend the crown.

"My team was very committed and prepared and had gone through several rehearsals and I was ready to defend my crown in a big way. I went in the competition with full confidence and the day I went to the park with my team and sorted out all the necessary logistics. In fact we camped at the Roseau Youth Centre to put our final touches together.

"I arrived at the park at 6pm and went to our room. While the show was going on, one or two strange things were happening. Mark you, I am not the person who believe is superstitions but there are times that you have to reflect on certain things that has happened before and what is happening now.

"I was dressed and sipping on some water and while the fifth performer was on stage I got an instant choke…choke to the extent that I, Gregory Riviere, could not utter a word. Not to even call my manager, I had to touch her and my voice was a whisper telling her I can't speak. She told me maybe it was anxiety and since she was medically trained gave me a brief massage; but it was not getting better. She then called a pharmacist that was part of our team and he gave me some mint which soothed me out a bit. I stayed there and didn't want the other team members to know about it for fear of them being worried," he said.

Karessah added: "Now, even before my props were finalized on stage, I was announced and that was the time that we were still trying to get our props all organized. This was strange since you needed to get the nod from the production manager.

'We started to panic and then we heard the sound of the hurricane; it was played twice and by that time I realized that the whole presentation was falling apart.

"The last thing that happened is that the props went on stage and I am in the cubicle but everybody was to have been in the cubicle. But the lights were on and they could not do anything. I was telling them 'out the lights' but no one listened. So battling with that, the band started without us being ready. My manager was shouting 'stop the music, stop the music' but no one listened. Then the brass started so I started to sing. By that time, as God knows, I was extremely confused. I sang the first verse and when I started the second verse I didn't know where I was. I lost focused and was confused. I was hoping that a hole would appear on in the stage and I would go into it and disappear. I thought of the people who paid for the show who were in the mud…I tried to get through it but it was difficult and decided to make a decision to come out.

"I was consoled back stage by Observer and others. The MC came and asked me what to do and if I want to go back on stage. I said I knew that I would have been booed if that had happened. When he made that announcement you heard a loud 'noooooooo'.

"Then comes the second round…during the interval I called by team and we had several discussions as to what was the way forward and best option. Some said don't go back and others said go and apologize. I had to make a decision and then I penned something in my own hand writing saying that I would not be making a presentation in the second round and gave it to the MC to announce.

"I can tell you that quite a number of people reached out to me, I was most touched by their kindness and support. This has made me a stronger person. I also drafted an apology recorded it from my heart and meant every word and sent it out. I want to express my words of appreciation to the members of the Dominica Calypso Association who reached out to me.

"I will never again begin to sing unless the band is instructed as to when they should start. If for some reason they start before I am ready I will ask the association to bring me a chair in the centre of the stage and say nothing. I will never again walk off the stage".