How Healthy is Health II 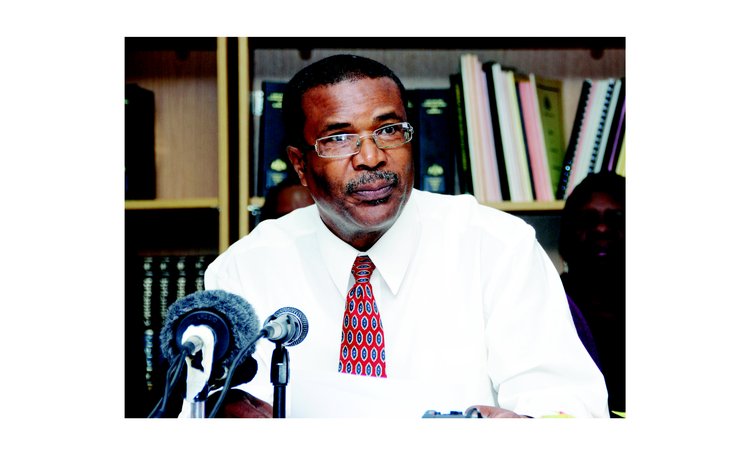 Listen to Julius Timothy, the man in whose hands the fate of the country's health care system rests, and you get a sense that all is well. Health care is in good health.

In the last fiscal year alone, the minister said, there have been several "gains" ranging from the completion of a draft policy and action plan for non-communicable diseases to rehabilitation works at the Princess Margaret Hospital (PMH)'s Ambulatory Procedures Unit (APU) building. So far, over EC$1.5m has been spent on repairs, he said.

In his contribution to the 2014/15 budget, Timothy listed a litany of successes. There were repairs to the Fond Cole Health Centre to the tune of EC$321,328, completion of a national food and nutrition policy; permission secured to draft anti- tobacco legislation; development of pharmaceutical policy; review of the Allied Health Professions Act, review of various medical acts and the completion of a temporary accident and emergency department at the Marigot Hospital.

"Some of the gains that we boast today have been built on the foundation of a strong primary healthcare system for which Dominica has received international recognition," the health minister said.

"Medical technology, supply and equipment management pose a significant challenge at both Type 1 and Type 111 facilities…some facilities do not have oxygen cylinders and sterilizers; other basic instruments are in short supply," it found.

"The regulatory system is out of date and does not take into account the challenges faced by the current health system," said the report entitled, Dominica Health Systems and Private Sector Assessment, prepared by USAID as part of its Health Systems 20/20 programme.

These are some of the issues his ministry has been tackling over the past year, Timothy will contend, with more to be done, including completion of work on several health centres and hospitals.

One of these is the Marigot Hospital, which the minister indicated would cost EC$900,000.

"The upgrade of the Marigot Hospital is of paramount importance for the Ministry of Health for a number of reasons which include, the newly upgraded and extended Melville Hall Airport which now operates night landing, the fact that the improvements to the road network may result in the increased incidents of accidents, and in keeping with the Ministry's strategic plan to significantly decentralize its health care services by providing new services at its district clinics and centres especially type III health centres," Timothy's budget notes indicated.

This hospital has been in poor health for some time and was forced to close in May because of termite infestation. It's the government's "knee jerk reaction" to the closure, along with its handling of the chikungunya virus outbreak and the new Princess Margaret Hospital, that has left Dr. Irving Pascal, a medical doctor, questioning the leadership.

According to Dr. Pascal, major health care issues are driven by economic and political considerations as opposed to medicine or health care reasons, which force the health care system down "a slippery slope".

"What we are doing is sick care…If you want to be honest and straight, you should first have an inquiry to determine whether the quality of people you have managing health care are up to it," Dr. Pascal told The Sun.

"Quality health care services is on a slippery slope and its falling fast. I feel strongly about it. I know I risk the ire of the powers that be, but it is a significant issue. And there is no urgency about it except, maybe political and economic consideration," he said. "That for me is the worrying thing."

The critics might suggest that the health care system is sick. But for Julius Timothy, the right medicines, including the strategic plan for 2013-2019, have not only been prescribed, but are being dispensed. Health care, he has suggested, has a clean bill of health.