How to fix the economy

Election Issue: Is the economy broken or not? If it's broken, how do we fix it 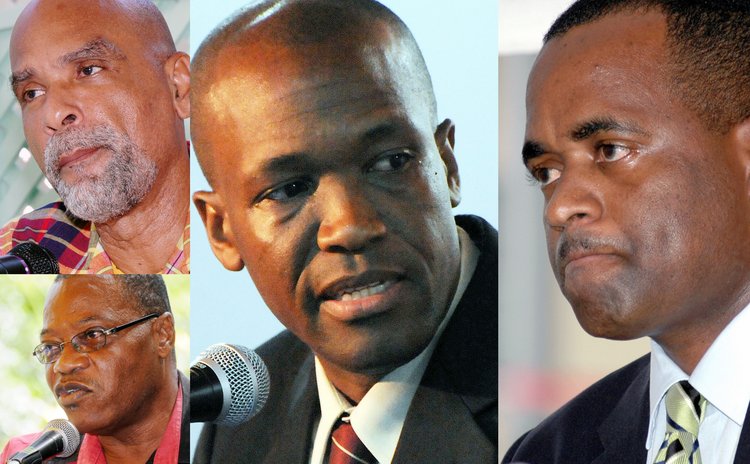 This is a country where at least 14 per cent of the population don't have a job, and of those who do, three-quarters are working poor.

This is a place where more than half of the nation's children and youth are "trapped" in poverty; where many are forced to realign the boundaries of hope, dreams, aspirations and need.

This is a nation, critics say, where jobs are hard to come by, where business is stagnating, where the "Red Clinic" stands as a monument to the dire economic conditions.

In other words, they contend, this is a country where the economy is in a shambles, according to Dr. Thompson Fontaine, the opposition United Workers Party (UWP) election candidate for Grand Fond.

"The government needs to take a hard look at the economy and begin to identify key sectors," Fontaine told The Sun.

Opponents of the Roosevelt Skerrit administration argue that there is a small Croesus class, made up mostly of a few members of the ruling elite who dine heartily off the sweat of the majority working poor. But, they contend, far from this being a case of cupidity and envy, the evidence is there that the country has stalled.

"(Where are) the policies and sector plans? Why haven't they succeeded in establishing the environment in creating jobs? The policies, planning of the government, if those things aren't in place we won't get past the (current situation)," said Athie Martin, a former minister of agriculture and a vocal critic of the current administration.

Less gentle critics, like Fontaine – who is eyeing the job as the country's economist-in-chief, suggest improvements to the economy must begin with a change of direction that comes with a change of government. The UWP, he contends, has the answers.

"We are going to focus on key sectors of the economy, on construction. In addition we are looking to boost activity in the agriculture sector. We believe in quick time we can move to agro processing, also developing a livestock industry, and essential oils industry and also fishing," Fontaine said of his party's plans for the country.

"Short term the focus will be on construction, a kick start to the economy by removing all duty on imported components of construction material and local component- aggregate and sand- , remove the VAT and in the medium to longer term, agriculture, fisheries, livestock, with focus on manufacturing, on fruits, but tubers like dasheen and yams."

The UWP has promised to create 5000 jobs in its first three years in office, something the prime minister described as "false prophets making unrealistic promises" in his 2013 Independence Day address. However, the former IMF economist insists that, not only is it possible, but that the economy will grow by five to seven per cent.

"That is the growth rate we think that will really make a difference. It's not (optimistic) because we are starting from such a low base," he said.

The prime minister argues that his administration has done a lot for the economy. In the Independence address, he reeled off a list of accomplishments from tourism to agriculture, to infrastructure and geothermal energy, to job creation, as clear evidence that things are not as bad as they seem.

"There are economic hardships the world over. There are social challenges across every continent but your government is working. You can see the evidence of our numerous achievements all around you. You have heard the number of new initiatives for further development and advancement of our country," the prime minister said.

In a self-congratulatory exercise at the recent launch of Loubiere Reunion 2014, Skerrit also revisited his list of accomplishments, saying the country ought to be grateful for all his administration has achieved.

"People must appreciate what this government has done for Dominica because when we looked back ten years ago, our country was in a very difficult state. We have had to rescue this economy, introduce many social programmes and also ensured that the economy remained afloat amidst all that is going on in the world," he said.

Annoying as it might be for the administration, critics contend that there is nothing but woe from the ordinary citizen struggling to pay the bill or save for the future. The aspirational class, they say, are losing all hope.

The former university lecturer in economics, McCathy Marie, believes the "comatose" condition of the economy will be reversed only if there is a drastic rise in the population.

Armed with statistics on the number of births and deaths over the past decade and a half, Marie argues that the "decimation of the birth rate" has created a major problem for the economy.

"We just don't have the capacity to produce in Dominica," he said. "All the talk about agriculture and so on, who is going to do it? We need more labour to service the tourism industry, same with agriculture; because of the topography and so on, we need more people to work, which we don't. So that is our biggest problem, our capacity to produce simply doesn't exist. In order to do anything about improving the economy, we need to increase the population."