Japan could surprise in this easy group 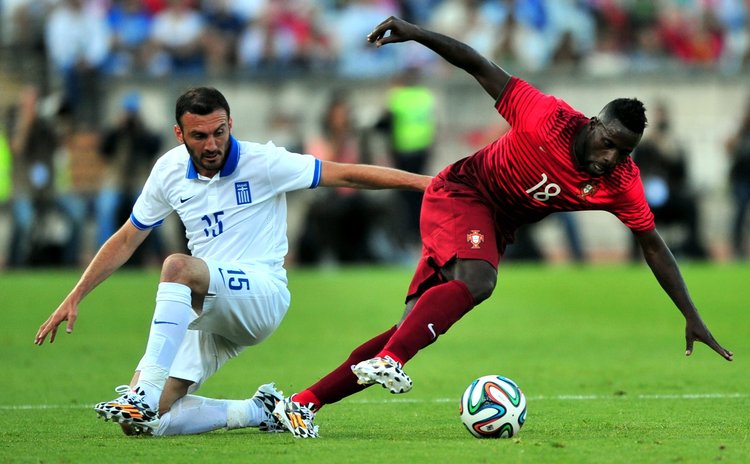 The group looks softer mainly because the leader-looking Colombia has lost its most powerful cannon, Radamel Falcao who scored nine goals in 13South American qualifying matches.

The AS Monaco ace striker suffered a serious knee injury in January in a Coupe de France match. Falcao had vowed to recover ahead of the World Cup and was included in the 30-man provincial roster. But he was eventually ruled out.

The minnow-looking Japan is another tricky source in this group, ranking low but boasting world-class terminators and playmakers.

Many bookmakers' odds show that Japan has greater chance than Greece to vie for a knockout berth with Cote d'Ivoire.

As a national team is made up of the players who did not play together for long, the calibre of head coaches and key players play an important role in the whole team's performance.

Colombia - Argentinian Jose Pekerman appears ready to make an impact on the world stage once again after several years in the wilderness. The experienced coach had directed Argentina into the quarterfinals of the 2006 World Cup in Germany.

After upgrading the defensive line, the tactically experimental Pekerman helped Colombia qualify for their first World Cup in 16 years, and as a result, he was nationalized by the country for "making a dream become reality."

Greece - Portuguese Fernando Santos has subscribed to the Greek way of playing international football and has continued the hallmark of their efficient, grinding game.

Santos had ben in rein of Portuguese powerhouses Porto, Benfica, Sport CP and Greek giants Panathinaikos, Athens AEK, PAOK. But it is the first time for him to coach a national side.

Cote d'Ivoire - Sabri Lamouchi, a former France international, has taken Cote d'Ivoire as his first coaching job. The 42-year-old is also the youngest coach among the 32 World Cup finalists.

Japan - Italian iconic manager Alberto Zaccheroni is most famous for his stints in Serie A. Since 2010, he's been Japan's head coach and has already hauled in an Asian Cup and an East Asian Cup win.

Colombia - Besides the biggest name Falcao, Colombia has many other good players in attacking, such as Fiorentina's uan Cuadrado, River Plate's Teofilo Gutierrez, Monaco's James Rodriguez and Porto's Jackson Martinez.

Their defense is also fortified by coach Pekerman. In the South American qualifiers, Colombia only conceded eight goals in 13 matches and kept clean in seven matches.

Japan - AC Milan's Keisuke Honda, 28, Manchester United's Shinji Kagawa, 25, and Mainz 05's Shinji Okazaki, 28, are also big names who can provide magic in the front. In their golden age, the trio has scored a total of 75 goals for the Samurai Blue against the 45 goals collected by the other 20 players in the World Cup squad.

Greece - The midfield still relies on the 37-year-old Georgios Karagounis from Fulham. Borussia Dortmund's Socratis Papastathodoulos and As Roma's Vasileios Torosidis are the backbone of defense. In the front, Fulham's Konstantinos Mitroglou scored triple in the crucial 4-2 aggregate win over Romania in the European Zone qualifying play-offs.

Greece is a team no one likes to face. They play tough, physical defense, and turn matches into knockdown, drag-out affairs.

HEAD-TO-HEAD RESULTS There were no previous head-to-head meetings in the FIFA World Cup finals tournament between the teams in the group. But they met seven times on other occasions.

The Group C play begins on June 14 and ends on June 24, 2014. Salomon Kalou from Lille, who will reinforce Drogba in the front, has said," It's a mistake to say this group is easy. It is open and even."
By Sportswriter Pan Yi