Trinidadian Rajesh Joseph Latchoo is the new Dominica football head coach After some nine months without a coach for the men's national football team, the Dominica Football Associ 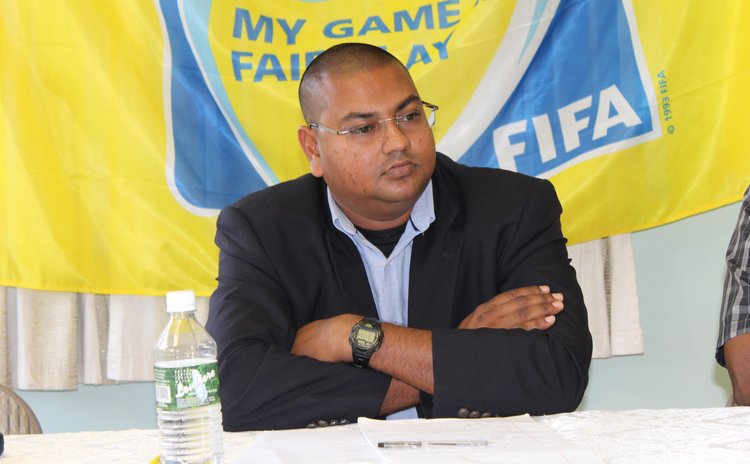 After some nine months without a coach for the men's national football team, the Dominica Football Association (DFA) presented its new head coach to the media at a press conference held at the Patrick John Football House on Thursday March 2, 2017

Trinidad & Tobago national Rajesh Joseph Latchoo is expected to be national coach for the next 12 to 18 months in the first instance, according to DFA president Glen Etienne.

Latchoo succeeds Shane Marshall who resigned from that position following Dominica's exit from Caribbean Football Union (CFU) Caribbean Cup at the second round stage after Dominica lost matches to Guadeloupe 1-0 away and to Martinique 4-0 at the Windsor Park Sports Stadium on June 7, 2016 when Marshall retired as coach.

Rajesh Joseph Latchoo said which included his coaching and technical staff that his experience includes coaching Caledonia professional team, and assistant coach with Joe Public as well as being technical director. He also worked with the senior national women's team in T&T and is a licensed coach instructor for CFU, UWI and Trinidad FA.

He looked forward to working with his staff and he was excited to meet the players. He worked with Julian Wade in the past in Caledonia. Wade was the only player at that time to score in the CONCACAF champions' league against Malouca (Mexico).

The head coach's first matter will be preparing the men's national team for the Windward Islands championship from May 23-27 followed by the women's competition in June, so he has less than three months to prepare the men's team.

The DFA is financing the assignment of Latchoo in Dominica with assistance from CONCACAF.