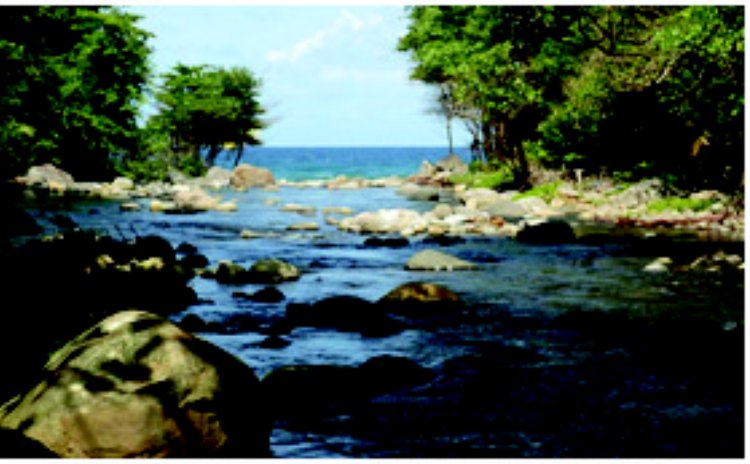 On a warm September morning at the tender age of 11 years, my kin gathered around me to bid farewell as I headed west some 30 something miles away to the bright lights of Roseau and Valley Road from our non-electrified no-pipe-borne water supply village. But back then it took nearly two hours to travel back to La Plaine deep in the belly of Dominica. My folks were happy but scared because I left familiar and supportive surroundings for the unknown- for the less friendly streets of downtown Roseau where there were no mango trees or banana fields, where I could help myself if I were hungry.

Well, life is about moving the goal post and pushing the envelope. Eight years later my kids gathered around me again at that small airport to bid final farewell as I departed for America. They put up a sad but brave façade. This time my final destination was a college campus in the big city of Washington DC where power, sophistication, intimidation, much brighter lights and opportunities lie.

I sensed and felt their awkwardness and fear when I embraced and kissed them as I said my final goodbye. They cried but not me; because I was trading the now familiar and friendly streets of Roseau and roads of Dominica for the unforgiving streets of the big city. There was no time or energy for me to shed tears-they had to be saved for the battles and real life sacrifices that lay ahead during the process of education, assimilation and transcendence in the U.S. But I felt a pang of sadness and as I looked for one last time into their regrettable eyes. But that is the stuff that migration is made of – leaving home, love ones, familiar, gentler and kinder surroundings and streets for the unknown but hopefully for the better.

As I was savouring the remaining moments with my family, the awkward silence was broken by the loud and rattling high pitch engine sound of the aircraft I would soon be boarding. Minutes later it disappeared into the blue Caribbean sky with the friendly and reassuring waters of the Caribbean Sea watching from below. Suddenly my family was left behind and I was on my own. I have returned to La Plaine many times since that day. In that space and time, some of my kin folks who saw me depart the island have gone on to meet their maker. Also life is very different and I have also grown older and probably wiser as well. Today the streets of Washington DC, like the streets of Roseau, are very gentle and kind to me. But throughout this journey, my unyielding allegiance has always been with the back streets of La Plaine.

I suppose you can say today I not only reside in a virtual global world but also a real global village. But in order to realize that, it took time, hard work, focus, patience and an open mind to successfully deal and navigate this global village's challenges of migration, race, culture, history and politics. Raising children in this 'expanded village' adds another challenging and sometimes scary dimensions similar to the ones that my kin folks felt when I departed for Roseau and the big city. My definition of home since that warm September day when I left my village has been relative. It's where one resides, works, born and raised and where one's heart is. Each of them has their own unique qualities, challenges and joys. I may never reside in La Plaine again, but it's always a pleasure to revisit it. My daughters and wife don't understand why I speak of La Plaine all the time like it is the centre of the universe. That it is not, but when I need a place to 'hide', I always return to that place and time. It quickly provides the perspective, purpose and the sense to always remain grounded and buoyant.

I relate to our girls whose names are Sari and Alanna that the nostalgic remarkable memories of sitting on the banks of the Sari-Sari (Sari) river on lazy afternoons as a kid, or helping Grandpa Allan (Alanna) to take his four cows to the river for a drink on a hot day are golden. Those memories are priceless and they transcend time and place. The Welsh singer Tom Jones says it best with his big hit-'it's always good to touch the green grass of home'.