An English-Dominican man copes with a deadly disease 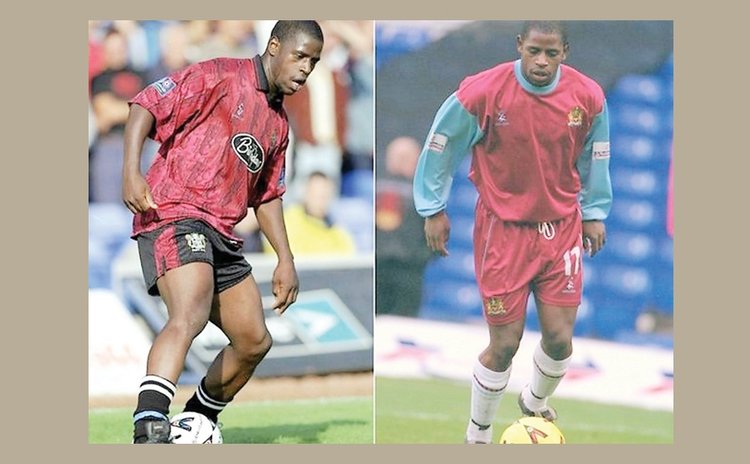 Former football midfielder Len Johnrose has opened up, for the first time, to the BBC about being diagnosed with motor neurone disease (MND). There is no cure.

According to the BBC, half of those affected with motor neurone disease die within two years of being diagnosed with the rapidly progressing illness that can leave people locked in a deteriorating body, unable to move, talk and eventually breathe.

Johnrose is a former midfielder who made more than 400 football league appearances for Blackburn Rovers, Hartlepool, Bury, Burnley and Swansea City, the BBC has reported.

Little over a decade since his playing career came to an end, the 48-year-old father-of-three, now a school teacher, admits he has already researched assisted dying as he fears the debilitating impact the illness will have.

Here's what he told the BBC about the harsh reality of living with motor neurone disease.

"I've never thought 'why me?' I've never particularly even questioned why it's happened. There are some days where I just think it's an absolute bag of you know what, but I'm not angry about it. Who would I be angry at?

"It is one of those things. I could get run over by a bus one day... life can be very, very cruel. That's not just me; people's lives are whisked away from them without warning. But I'm not angry.

"The biggest thing is mentally it's difficult. Some days are better than others, and I've had some really, really dark, down days. At the minute I'm just coming out of a really bad phase, post-holiday.

"Mentally I was OK, and then it hits you... "I was diagnosed in March last year".

What is MND? The BBC reported that Chris James, from the Motor Neurone Disease Association, explained that MND is a terrible disease.

"Everybody's journey is different with MND, but Len's story is fairly typical. The common symptoms are people will lose the ability to walk, to perhaps talk, they lose the use of their arms and ultimately to breathe. It's a very devastating condition. There is no cure for MND. There is a lot of research going into finding a cure and indeed into finding treatment, which we are still struggling to find," the BBC quoted James saying.