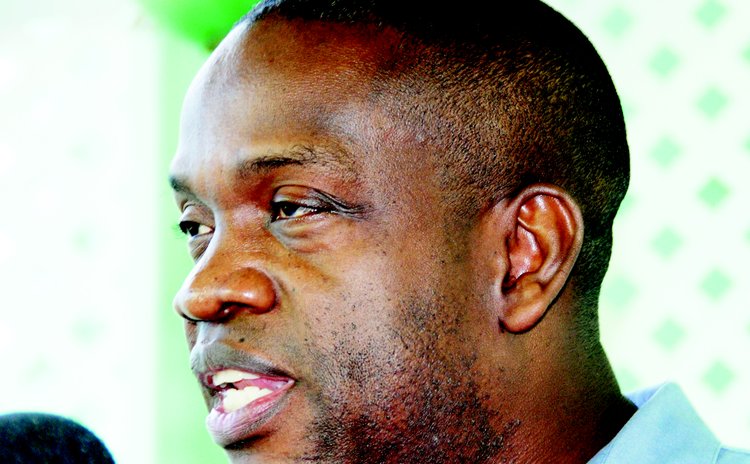 Dominica, my country, is a place and a half. For weeks now, nay months, I have been reading in Chronicle after Chronicle, various articles in both languages, questioning the credentials of Lennox Linton, Political Leader of the United Workers Party, and his suitability for high office – how uneducated he is, how raw and deficient in the art of political leadership, his lack of the minimum academic accreditation – a university degree or even a GCE or CXC, and how politically savvy is the electorate that he does not have a snowball's chance of becoming the next Prime Minister of our complicated Commonwealth. I have taken all of this to mean that with him at the helm of the UWP, the outcome of the next General Elections, whatever the date, is already sealed, signed and delivered and, by simply going through the motions, the Dominica Labour Party, whenever the next General Elections are called, will be home and dry.

I was becoming so conditioned by all this palaver that I was contemplating a more sober article on The Benefits and Hazards of a One-Party State. I certainly wondered whether my going out to vote this time around, in a Labour stronghold was necessary, since it seemed to me that come Election Day, the Labour Party, in all of the twenty one constituencies, would trounce any candidate that the UWP or any other Party put up against it so badly that, from the Deposits, the National Budget would be balanced with a surplus.

But here am I with a copy of the Chronicle of February 21, 2014, and from the very columns that for weeks, nay months, have been deploring the unfortunate choice of a Leader by the UWP, and predicting another Labour landslide, I am now reading an article covering almost the whole of page 9, the gist of which is, "Suppose UWP wins the next Election and Lennox Linton becomes the next Prime Minister!!" Can you believe it?

That is why I say Dominica is a place and a half. I would have thought that the possibility of a UWP victory would by now be so remote that it would not be worth a moment's reflection. Their chosen Leader would, by now, have proven himself to be so obviously inept that any prospect of his becoming the next Prime Minister, in 2015 (or 2014) would have been laid to rest, and evaluating him as the next Leader of the Opposition would have been quite enough. I was already persuaded that short of an earthquake swallowing us all up or a Tsunami washing us all away, the next General elections in 2015 (or 2014) could be over before the campaigning began. And yet, quite apart from this latest surprising article, it has been a long time since I heard such relentless campaigning as was rebroadcast last week from Grand Fond nor, in recent times, have I heard the Prime Minister sound so hoarse from much speaking, and rarely have I listened to the Honourable Reginald Austrie wax so vehement and passionate on a podium, insomuch that I feared that somehow Nomination Day had passed me by and, awakened by DBS, the eve of General Election had caught me unawares.

So will someone please help me understand what is going on? Can it be that something is really happening of which I have not yet been informed? Dare I ask (and please, people, I am only asking) whether somewhere the tide might be turning, whether there is a constituency somewhere in which the UWP is either making inroads or reclaiming lost ground, and perhaps (please, I am only saying "perhaps") there are Labour strongholds that are no longer all that secure? Yes, something's happening, but I can't believe it is just pit latrines.

Take, for instance, this call for a Public Debate between the major contending Parties. From all that I have read and heard, I really expected the Labour Party to jump at the offer. How could they lose? With the uneducated, inexperienced and lazy novice in contention, what chance did the UWP have? One debate would be enough to send him back to DGS to finish his Secondary Education. The contest would be like the giant Goliath coming out to fight puny David (sorry, wrong example) but you know what I mean. Just think about it, one debate with the novice would be curtains for UWP and Labour would have nothing more to worry about. The President would dwell at ease, the Prime Minister and other Ministers would continue their work for Dominica unfettered, unhindered and undisturbed and Lennox Linton and Co. would be history. But (tell it not in Gath!), the opportunity was passed up – a golden opportunity that no serious candidate for high office would have let slip! Just imagine for a moment how completely the Prime Minister would have pulverized the novice. Just think how much higher the ratings of the DLP would soar and how swiftly the novice and his confederates, like the three blind mice, would scatter. But curiously, there will not be a debate and the Parties will continue to speak to themselves about each other, while the undecided will be left to decide whether they should decide to decide.

So, I have to say, either something is happening in my country that I do not know, or there is more to Mr. Lennox Linton than the image of an uneducated, inexperienced and indolent novice with which we have now become so well fed that we are now well fed up, or Dominica is a place and a half, or perhaps all four.