Lennox Linton to PM Roosevelt Skerrit: You must apologize 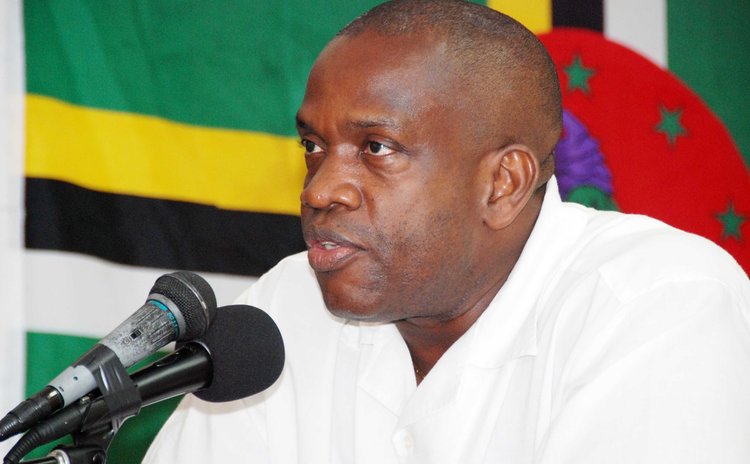 If a friend invites you to her anniversary party and you do not turn up, most likely you will get a cold shoulder for many days, until you apologize. And the matter ends there. Or should.

However, if a friendly government invites you to celebrate your relationship at an anniversary cocktail and you do not turn up, that sends a clear, unpleasant and unambiguous message. And you must apologize, if you want to be taken seriously about forming the next government.

But, what if the invitations arrive a day after the event and yet you are accused of "snubbing the Chinese" and the Chronicle newspaper says its sources conclude that your action demonstrates that you lack leadership skills?

Did you say: unfair? Ugly party politics in an election year? Who should apologize to whom?

At a hastily arranged press conference this morning, the opposition United Workers Party (UWP) who did not attend the tenth anniversary celebratory cocktail of the establishment of diplomatic relations between the Government of the Commonwealth of Dominica and the People's Republic of China (PRC) asked for an apology from Roosevelt Skerrit, the Minister of Foreign Affairs. Linton, the UWP party leader, said Skerrit's ministry bungled the invitation process.

"The United Workers Party condemns attempts by advocates of the Dominica Labour Party to score cheap political points from the failure of the Ministry of Foreign Affairs which made it impossible for the United Workers Party parliamentarians to attend the recent cocktail reception marking ten years of diplomatic relation between the Commonwealth of Dominica and the People's Republic of China," Linton said.

Linton added that the UWP received some of the invitations to the cocktail "actually after the event" and the others on "the day of the event" when the party was already committed to a sporting engagement if Trafalgar.

"In the circumstances the UWP await an apology and an explanation from the Minister of Foreign Affairs to the People's Republic of China outlining the truth and fact about the late invitations to the opposition members of parliament which made it impossible for them to attend the tenth anniversary of diplomatic relations between the two countries."

Asked by Julien Morris, the MARPIN news editor, what is the UWP's policy towards the PRC and what will the UWP do(if it becomes the new government)about its relationship with the Republic of China on Taiwan, Linton told the press conference:

"Our foreign policy will be governed by enlightened global citizenship. There are no intentions at this time, contrary to what is being suggested, to end diplomatic relations with the People's Republic of China. We will continue these relations and it is our pledge, it is our commitment that under a United Workers Party Team Dominica government, the people of Dominica will see greater benefits from the relations between the People's Republic of China and the Commonwealth of Dominica.

"We will not do what Mr. Skerrit did by switching over. That is not our intention because we believe we are in a position to work effectively with the People's Republic of China.

"The attempt that is being made right now to cast us in a different light and to bring back the dollar diplomacy days of China and Taiwan in the Caribbean is totally unacceptable. It is not where our heads are in terms of the future foreign policy of the Commonwealth of Dominica under the United Workers Party government".