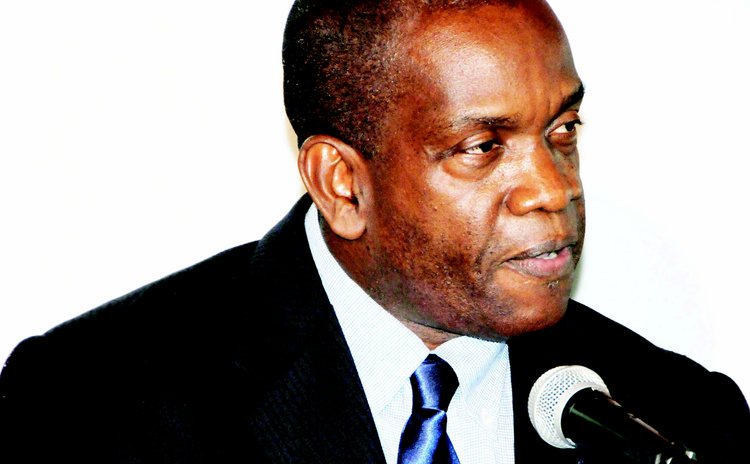 Lennox Linton, the political leader of the opposition United Workers Party (UWP) has filled his defence in the court. It was filled on 21 July 2014. So, the bell to begin round one in the bout between Linton and the Dominica Labour Party (DLP) Cabinet of Ministers has been struck. The combatants now await a date for trial as they continue filing statements.

Linton has been sued by the Cabinet of Ministers of the Roosevelt Skerrit Administration for making statements about "rapist Ministers in the Cabinet."

In his defense, Linton, through his lawyer, J. Gildon Richards, states that the words complained of do not bear and are not capable of bearing the meaning ascribed to them.

"To the contrary , considering the context and the circumstances in which the words complained of were published, the said words more reasonably meant, that a minister against whom an allegation of sexual misconduct, inclusive of an allegation of attempted rape and or indecent assault is made by a young woman to the police, is reasonably suspected of having engaged in such abusive misconduct, for which other ministers knowingly have failed or apparently failed to take corrective/protective and or preventive steps should not be part of the Government of the Commonwealth of Dominica.

"Further, the Defendants are not aware that at the time of the publication of the words complained of Levi Peter, Kelver Darroux, Johnson Drigo and Ivor Stephenson were appointed minister of government in the Commonwealth of Dominica," the defense stated.

He also mentioned a report, dated June 19, 2013, filed at the Roseau police station by a young lady (we are withholding her name) who was seeking assistance from a Minister of Government (name also withheld) who allegedly asked her to come to his home and who at his home at 12:15 pm that day tried to force himself on her.

While admitting that Linton made the statements that the Ministers of Government complained about, the lawyer said his client denies that the allegations made were either false or were made in "reckless disregard as to whether they were false or not."

Linton also "honestly believe that the statement complained of constituted fair comment on a matter of public interest published on an occasion of qualified privilege," the defence lawyer said.

Linton and the other defendant, Q95FM, also claimed that they should not be restrained from bringing to the larger public notice, the unchallenged allegations of grave misconduct by ministers of government who allegedly misused their offices and the State's resources in the manner and or for the purpose mentioned in the statement.

"The 1st Defendant also believed that by extraction or attempt to extract sexual service or favour from girls and woman who sought and or obtained public assistance, the Ministers who engaged in that conduct converted the public assistance into a form of payment for sexual engagement with those unfortunate girls and women," Linton said in his defence.

"In these premises, the defendants will urge the Court to dismiss the Claim and refuse the damages and other relief sought by the Claimants in the Claim Form and in the Statement of Claim," he said