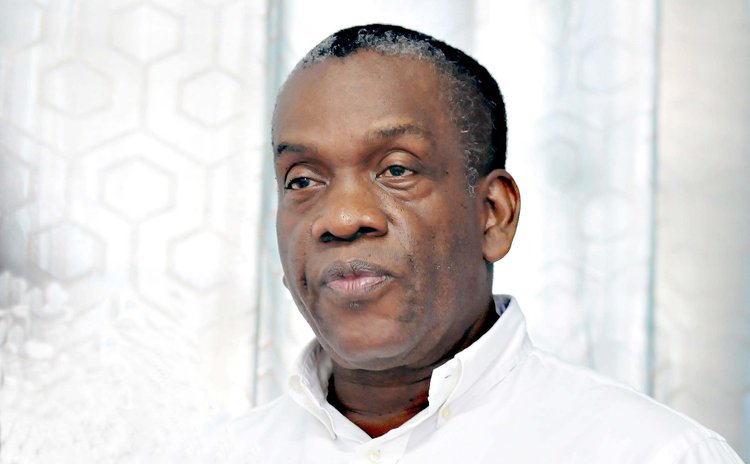 One year ago, Lennox Linton was entrusted with the mantle of leadership of the United Workers Party (UWP), on September 1, 201, at the party's delegate's convention in Castle Bruce. Soon afterwards the Dominica Labour Party (DLP) christened him a "novice".

Now after one year at the helm of the UWP many say he has energized the party and brought new hope to the people."

In an exclusive interview last week Linton told the Sun that he was humbled by the party's vote of confidence in his ability to build and lead a team to "conscientiously nurture and protect the public interest in the advancement of Dominica for all Dominicans."

"We resolved to prepare for the battle to lift Dominica out of the abyss of gloom and doom into which it was dumped by the Dominica Labour Party. As our country yearned to be rescued from the grip of a Labour Party administration that managed to turn it upside down, inside out and back to front, we stepped forward with a renewed sense of purpose under the patriotic fervour of United Workers Party TEAM Dominica," Linton said.

According to him, the party committed itself to "a new order of leadership competence and courage in the cause of progressive change for our beloved nation."

"This was by no means just a call to help win votes in a political campaign for the seat of government. Much more than that, we were joining our UWP brothers and sisters and all the other patriots of this fair land in a crusade to restore the brightness of the Dominican soul," he told the SUN.

The UWP leader stated that on the strong shoulders of audacious hope, they stood for change that will ensure that this proud country will never again be asked to accept "beggar" days as "better" days.

And so, in the past year, the UWP has focused on renewing party structures, systems and procedures to secure relevance; improving participation; achieving consensus; and defining the skills and competencies required for the task at hand.

"We fearlessly held ourselves as leaders accountable and ensured the team stayed tightly focused on solutions and implementation. We disciplined ourselves to adhere to the provisions of the Constitution at all times and in so doing become proud examples of patriots pursuing their national responsibilities under the rule of law," he said.

He continued: "We have worked tirelessly, to ensure that our selected representatives are committed, willing and able to stay the course as agents of the change our country so richly deserves. We have been mindful that we must communicate respectfully with all constituents. We must listen to them, learn from them and be guided by their cares, fears, anxieties and emotions. We must empower ourselves to be effective facilitators of their worthwhile dreams and aspirations. We must rise up and live up to the highest standards of leadership and management excellence in the public interest."

While admitting that it has not been all smooth sailing, he stated that the party will continue to struggle with the challenge of adequately funding the work of United Workers Party TEAM Dominica.

"We continue to grapple with a proper solution for the failure of the independent Electoral Commission to stand firm against the relentless Skerrit cabal attack on free and fair elections in Dominica," he said.

However, he stressed that in the past year, they have believed in each other and embraced the power of "WE".

"This journey commits us to determine and accomplish what we want Dominica to become. Collectively we have pressed the reset button and summoned the courage, to want more for our country, our families, and ourselves, knowing that by working together we can make it happen," Linton stated.

But during that year at the helm of the UWP, the ruling Dominica Labour Party (DLP) has questioned Linton's qualifications to be a competent prime minister, if the UWP wins the next election, and has even accused him of not completing a high school education. Linton has repeatedly denied that accusation.

Additionally, the DLP contends that the opposition's plans and programmes are pies in the sky, especially its major campaign promise of creating 5000 jobs in three years.