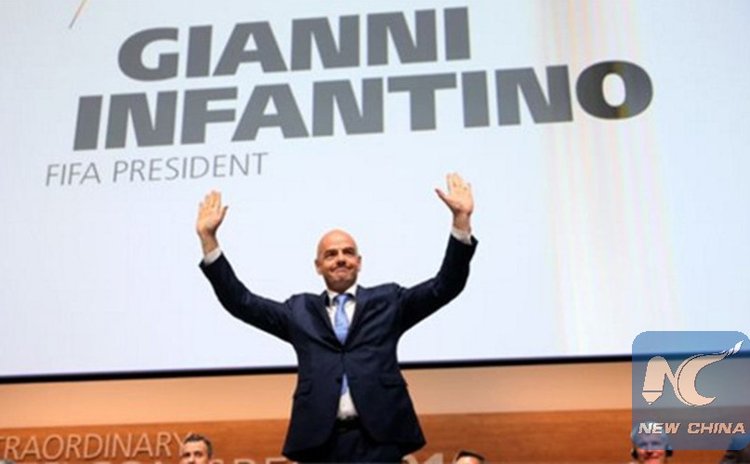 ZURICH, Feb. 26 (Xinhua) -- Gianni Infantino was voted in as FIFA new president and first new head since 1998 on Friday.

The Swiss-Italian national, previously UEFA vice-president, won 115 of the 207 eligible votes in the second round, beating Sheikh Salman of Bahrain who received 88 votes.

Infantino said he was emotional and would take a short rest before working "tirelessly" to build a new FIFA that will make the football world proud.

"I have not yet realized what really has happened today," said the new head of world football's governing body, in his first comments after the election win.

"I probably need a little bit of time to chill out," the 45-year-old executive of UEFA. "I feel a lot of emotions."

Infantino spoke briefly about his immediate plans to restore scandal-tainted FIFA's reputation, noting that with Friday's election, "a new era" had begun.

He said he will set to work on finding a secretary general, restating an election pledge that he would not choose someone from Europe, a decision likely aimed at creating regional balance within management of the global game. He vowed to implement major governance reforms adopted ahead of his election at the FIFA congress in Zurich.