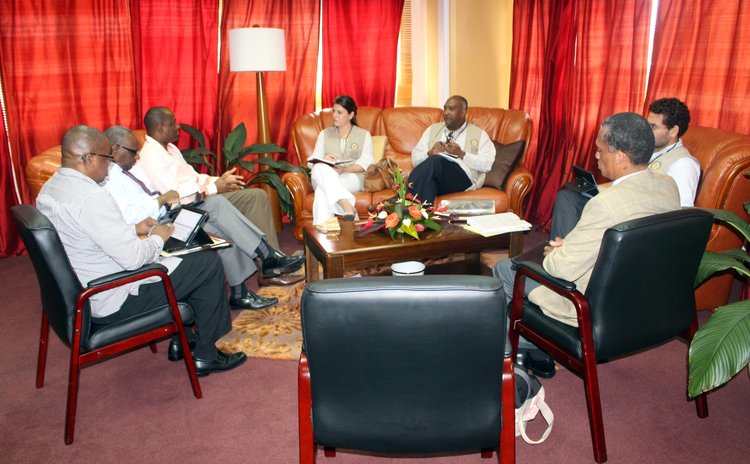 The Electoral Observation Mission of the Organization of American States (OAS/EOM) to the General Elections in Dominica arrived this week in Roseau ahead of the vote on December 8.

The delegation headed by the OAS Secretary for Multidimensional Security, Adam Blackwell, who was designated by Secretary General José Miguel Insulza, is comprised of six observers from Antigua and Barbuda, Canada, Chile, Colombia, the United States and Venezuela.

The objective of the Mission is to observe that the electoral process is carried out with impartiality, transparency and reliability. The delegation will focus its observation activities on gathering information about the status of the recommendations made in the last OAS/EOM in 2009. Additionally, it will be analyzing electoral organization, electoral-political financing and the equal participation of men and women in the electoral process.

The delegation will be meeting with representatives of political parties and government officials, as well as members of the media and civil society organizations to discuss perspectives on the electoral process. On Election Day, observers will visit polling stations across Dominica from the opening of the polls to the counting of votes and the publication of results.

This is the second time the OAS is observing an election in Dominica, having deployed a mission during the general elections of December 18, 2009. The day after the election, the OAS/EOM will present its preliminary findings in a press conference and will subsequently present a report to the Permanent Council of the Organization in Washington, DC.