Hundreds of Dominicans living overseas are to cast their votes when elections are held; they could determine the winner 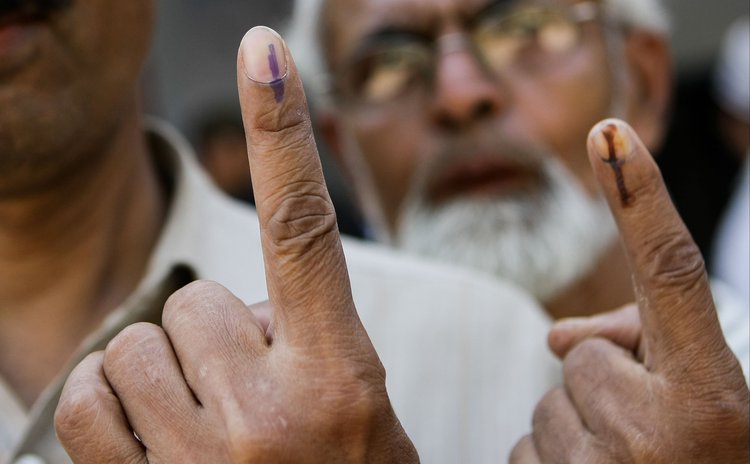 It's an issue that has had the men in blue seeing red since the last general election nearly five years ago, so angered and enraged them that it has become something of an obsession.

Yet it's a strategy that has worked so well for the governing Dominica Labour Party (DLP) that it will continue to annoy the opposition United Workers Party (UWP), if not suppress their appetite for a fight.

"It does appear that they are up to their same tricks but this time using regular flights. It can't work," the UWP's spokesman for economic affairs and candidate for Grand Fond, Dr. Thompson Fontaine, stated in an email exchange with a number of number of sympathizers, a copy of which was obtained by The Sun. The issue surrounds the importation of Dominicans living abroad to vote in the next general election.

It's no secret that scores – some estimates say hundreds – of overseas-based Dominicans have been rallied by the DLP and flown in to cast their votes in previous polls. The issue was most prominent in the last election, with much discussion about chartered flights.

The DLP has never formally admitted to engaging in the practice, but its response to article published by the Council of Hemispheric Affairs (COHA) was instructive. In the article entitled, Democratic Integrity in Dominica, COHA, which describes itself as an independent research and information organization, raised doubts about the integrity of the democratic institutions here, including the judiciary and the electoral commission. It also accused the DLP of bribing overseas-based Dominicans to vote for the party.

In a 14-page response, Darryl Titre, the press attaché in the prime minister's office made the DLP's position clear.

"There is no law in Dominica which makes the unconditional transportation of voters illegal or a crime," Titre wrote in the 16 August, 2014 thesis, adding that over the years the UWP and other political parties in the region have engaged in this practice for several years.

One polling expert who has observed elections in several Caribbean countries told The Sun that this is a complex issue arising from the continuous voting provision in virtually every Caribbean country. In 1980, Guyana moved to periodic voter registration, similar to what obtains in the US, but has since returned to the continuous registration process in use here. With this system, both the dead and the otherwise absent remain on the voters' list "unless and until an objection is submitted and heard" in accordance with the law, Titre argued.

The experienced election observer, who spoke to The Sun on condition of anonymity because of the role he has played in Caribbean elections, said the issue of enticing overseas-based voters is "a problem" across the region and even more pronounced in St Kitts and Nevis which, in proportion to its size, has the largest diaspora.

"Like St Kitts, both parties have well organised diaspora groups that are good at fundraising and can facilitate such a project…There is something fundamentally wrong with the concept of a person who lives overseas determining the fate of a constituency and thereafter returning home and leaving those residing in Dominica to deal with the consequences of the overseas voter's decision on election day."

This observer's assessment of the impact of Diaspora voting on elections in St Kitts has been backed by a study conducted by the Barbados polling organization, CADRES, for the government in Basseterre. It found that 14 per cent of those registered to vote did not live in the country, with stakeholders worried about the size of this vote and fear that the numbers could rise exponentially.

CADRES presented three options to the Denzel Douglas government: maintain the status quo, impose a residency requirement that would effectively end overseas voting, or refine the system and develop a mechanism to allow residents abroad to vote either through a consulate, proxy or by mail, as is done in the United States. The government chose to do nothing.

The CADRES head, Peter Wickham told The Sun the DLP did not need Diaspora votes to win the next election, but it could be worried about some seats. "The polls are always done in Dominica and never contemplate overseas voters, so the DLP can win without overseas help. The problem is that the DLP would naturally be concerned that in places where the vote is known to be close, the UWP could also bring a few voters home and cause them to lose seats," he told The Sun.

And so, the DLP, with a large financial advantage over the UWP, is capable of flying in a lot more support, leaving the opposition seeing red and blue vex.