Paying homage to the countryside 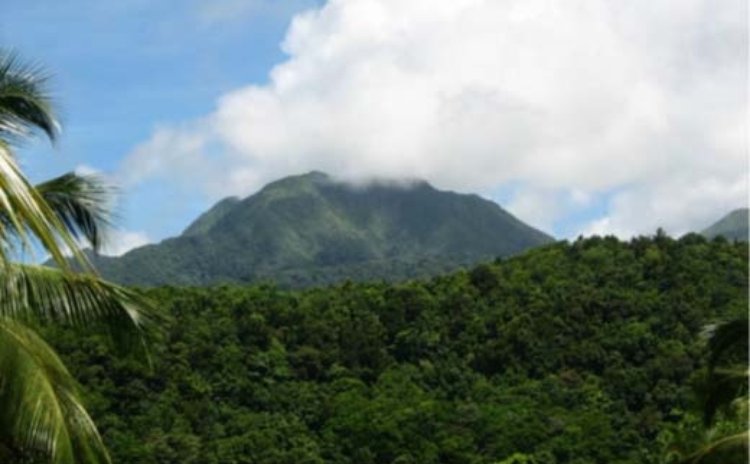 Moon light nights in the countryside were my favorite because it was a time of great fun and bonding with the other kids and siblings. We would play games late into the night when the harvest full moon was at its brightest. The full moon's intoxicating sight and beauty was unsurpassed. Sometimes we would listen apprehensively when a village elder would relate scary and haunting tales of ghostly creatures of the dark night.

We had to be escorted home for fear that one of these headless or six-headed jumbies would be waiting at our doorsteps to devour us. The possibility of being captured by a jumbie was 'real' as there was no electricity in our village. But in retrospect, who needed electricity during these fun-filled nights anyway? There was the clean, fresh air and the bright moonlight draping upon the hills and freshly planted fields and treetops.

For my grandparents, country life was not a mission or lifestyle choice. Their lives and daily beings certainly did not make a statement about affluence or well- heeled socio-economic class. It was just pure and simple country life where respect, hard work, honesty, integrity and a belief in God and community mattered more than anything else. Their dwelling was certainly not a white mansion with a pristine sprawling lawn. It was a simple wooden house in the La Plaine valley where the ethical rules of the game of life were taught.

It was where they were born and raised, worked hard and raised their children, grand and great grandchildren. It was where their names were finally called and they departed for everlasting rest. Their final departures at 89 and 91 years were a celebration of life with memories of good times. Those still resonate with me every day.

The melodies, meanings and underlying themes of the music of the country-side deal with humanity, humility, love, hard times, struggle, pride, compassion and victory. These songs gave and give life to our souls and 'soul' to our lives. They define and outline the simple and complex multi-stories and potential of rural folks once given opportunities. The songs' lyrical contents sustained and gave us hope and convey in compelling ways our greatest strengths and acknowledge our weaknesses, fears and shortcomings. The music conveys the powerful message that whatever our current or past social class standings, education level, political and religious affiliations, each of us has an inalienable right to be a full respected and dignified Dominican citizen.

My former rural outpost of La Plaine on the Atlantic coast with no stores, electricity or pipe-borne water was a place to taste life before it got complicated, calibrated, and competitive and sophisticated before I headed west for high school in the 'magical' city of Roseau and then the world. La Plaine was a place where hope and confidence in the future flourished and children were encouraged to dream of bigger and better things while being allowed to be children.

I try to instill the story of my humble but happy upbringing to my two girls who are growing up in very different circumstances. Their names honour the country side. Our first daughter's name is, Sari. It honours the Sari-Sari falls and river where I learned to swim, socialize and fished and where my folks washed our clothes. Our second daughter Alanna was named in honour of my grandfather and great grandfather. Papa Burton Allan was the oral historian of the south east. Madodo kept the family together until she departed 1989 at 89 years. Their pictures proudly hang on my home office wall.

My great- grant father Mr. Serrant Allan was part of the' team' headed by parish catholic priest 'Pere' Countrier in 1893 which unsuccessfully tried to negotiate a peaceful settlement with Commander C.E Bailey and his heavily armed Royal Marines troops and colonial governor Hayes Smith, during an impasse which lead to the bloody and deadly La Plaine land tax riots (uprising) on a hillside overlooking the Sari-Sari river at Cas O' Gowrie. When the smoke cleared four peasants lay dead and countless others were injured.

I relate that story with dignity to my children because 122 years ago, Mr. Pierre Colaire and his band of unarmed, determined and bear-footed peasants fought for their dignity and that of generations to follow on that hillside. The La Plaine Tax Riots is one example where peasants from one of the poorest districts could not see themselves taxed again by the colonial government

I have always rejected the fact that single assumptions are made by people who have panoramic and limited views of country folks. Their assumptions and attitudes point that rural folks are backward and unprogressive. It is true that rural is often a euphemism for poverty, but poverty in the country-side has its historical roots in the colonial, large estates and poor educational systems and the policies and institutional restraints that they have been imposed on country folks.

Rural populations have always been politically divided and taken for granted by politicians and government bureaucrats. In addition, government policies and investments in poverty reduction and sustainable development have always tended to favour urban areas. Despite these facts, for me the countryside will always be a place and time rich in community spirit, support, love, caring, compassion and character. A place where leadership responsibilities were taken honestly and seriously and took many different forms and definitions. I am certain that whatever good qualities I can rightfully claim were shaped in no small measure, by that simpler place and time.

Children should be encouraged to spend more time in the countryside in order to further understand who they are, where they came from and what is required of them and provide more perspective in a fast changing world. Hopefully our children and their children will embrace, be proud and develop a deep, true and lasting romance with real country life or what's left of it.

As I reflect on my life more than three decades after residing outside of Dominica, I am of the realization that in order to preserve the good will and sustainable development in our rural communities today, the acquisition of higher education will have to be the key. Certainly it will be not the divisive provincial politics of poverty as it currently exists. While growing up in La Plaine, people helped and shared with each other. People were defined as individuals and members of families and not by the political parties they supported or belonged to. How did we get there?

It is always a pleasure to visit the countryside and spend some nostalgic moments engaging in pastimes. No matter how long I stay away from Dominica, my 'real' home will always be somewhere not too far from the banks of the Sari-Sari and La Ronde rivers at the foot hills of Morne Governear.