Roselyn Paul is to replace the retiring Matthew Walter as the Dominica Labour Party general election candidate for Paix Bouche. 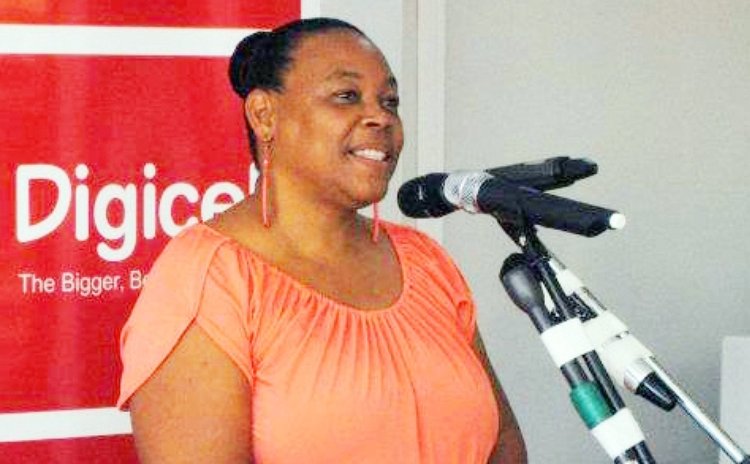 She has been a public servant for 31 years and soon she will venture into a new phase in her career- representing the people of the Paix Bouche constituency. If she wins.

The Sun can report that Roselyn Paul is at the top on the list of Dominica Labour Party (DLP) candidates to replace Matthew Walter, the incumbent parliamentary representative who is to retire at the end of this term.

Recently Walter stopped just short of revealing that Paul would replace him in an interview with state-owned DBS Radio.

"She is a community person, very involved in culture and very soon her name will be released," Walter said.

Although the DLP has not stepped up its campaign activities in Paix Bouche, a source in that constituency have indicated to the SUN that Paul has already started "making her rounds in the community."

Asked if he thought Paul was a good choice, the source said: "she will be riding on the popularity of Matthew Walter who has won that seat for consistently for the DLP."

If the results of the last five general elections are a guide, Paul should win the Paix Bouche seat, which includes Calibishie and Bense, as easily as a walk on the beach, political observers believe.

In 1995 as well the people of Paix Bouche gave the DLP a resounding victory with 63% of the votes; the UWP got 4%.

Five years earlier, in 1990, the Dominica Freedom Party narrowly defeated the DLP, 50% to 48%, and the UWP received 1% of the votes cast. Almost 30 years ago, Rosie Douglas won the Paix Bouche seat, in 1985, for, note well, the United Dominica Labour Party.

But Paul would neither confirm nor deny that she is slated to replace Walter in the Paix Bouche constituency because she said, she is a civil servant as the Trail Operations Officer for the Waitukubuli National Trail.

"At this time, I cannot give any information…when, and if I am able to do so then I will. I am a public servant, maybe in the future but right now, I am not saying anything. I will not confirm or deny. Those who know me know that I as a public servant will follow the "bible" the public servant rules and so whatever will happen there is going to be a time and place for that," she said.

A career public servant for 31 years, Paul spent 18 years as a primary school teacher at the Paix Bouche Primary School. Then she moved to the Women's Bureau where she worked from 2000-08 as Programme Research and Development Coordinator.

She holds a MSC degree in rural development and a diploma in social work and management. She is a founding member of the 30 year-old Paix Bouche Cultural Group.

A villager remembers Paul as a nine year-old Brownie and also at the age of 15 when she was involved in youth work organized by the Youth Development Division.

During the elections, Paul will contend with Eunica Victor Anthony, an attorney at law who has been declared as the UWP election candidate for the Paix Bouche constituency.

So there are two new female candidates, both vocal, both new to political campaigning in Dominica. Someone may really have to paix bouche, shut (her) mouth, when the people speak at the next general election.