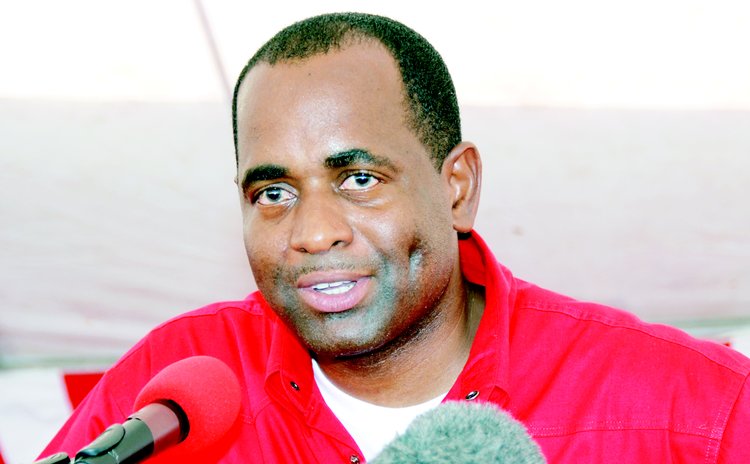 Prime Minister Roosevelt Skerrit has withdrawn the statements he made in reference to United Workers Party (UWP) candidate Monell Williams.

As you may recall on November 19, 2014 at a presentation rally of DLP candidate Roselyn Paul held in Calibishie, Skerrit, the Leader of the Dominica Labour Party (DLP), made an unpleasant statement regarding the UWP candidate for the St Joseph Constituency, Senator Monell Williams.

"If I had a daughter, ladies and gentlemen, I would wish for her to one day be a Catherine Daniel, to be an Athenia Benjamin, to be a Nurse Charles or to be a Roselyn Paul," Skerrit told supporters. "I would definitely not wish for my daughter to be a Monel Williams because I might end up short of a grandchild." While issuing the apology, Skerrit said "As your chief servant I do listen to your advice and to your guidance all of the time because as your leader I have a responsibility to listen to you."

He then added that he realized that the statement he made in Calibishie has offended persons and ensured that henceforth he will no longer be making such statements.

Meanwhile, at the National Farmers Rally held in Castle Bruce on November 23, 2014 an emotional Monell Williams responded to the statements that the Prime Minister made in reference to her.

Senator Williams stated "I have news for Roosevelt Skerrit, I have news for all the endorsers of the Labour Party, for all of them that believe that our country can move forward on gutter politics, reputation assassination and human rights violation. Your perception of me, any other woman, child, man, a young boy, or young girl, does not change who I am.

"I am who God says I am. My heart bleeds for any mother who lost a baby. You were right Roosevelt Skerrit my father is one grandchild less because I buried her four years ago. You don't know what it is like to bury your child."